Osama bin Laden is dead.  One never gets tired of reading or writing those words.  But – for better or worse – part of him lives on in the more than 6,000 pages of documents seized during the May 1, 2011, raid on his Abbottabad compound.

Last Thursday, West Point’s Combating Terrorism Center (CTC) released 17 documents obtained during the raid.  Totaling 175 pages, these documents paint a picture of the al-Qaida leader as an increasingly frustrated and desperate man, one who may even have been aware that the wheels of his organization were falling off.

In October of 2010, bin Laden wrote a letter to a top lieutenant lamenting the undisciplined behavior of Faisal Shahzad, the militant who failed to detonate a car bomb in New York’s Time Square earlier that May.

What really irked bin Laden is that during his trial, Shahzad said he “didn’t mean it” when he took his American citizenship oath, which includes a vow not to harm the U.S.   Breaking any oath (even an American one) violates an Islamic law. 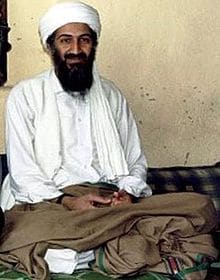 “This is not the kind of lying to the enemy that is permitted. It is treachery,” bin Laden wrote.  He instructed his lieutenant to take it up with Hakimullah Mehsud, the leader of the Pakistani Taliban who recruited Shahzad, to ensure it didn’t happen again in the future.

“You know the negative effects this has if this matter is not resolved and if the mujahedeen are not cleared of the suspicion of breaking an oath and treachery.”

Other complaints bin Laden made concerned the indiscriminate killing of Muslim civilians.  He wrote that feckless al-Qaida “franchises,” have “cost the mujahedeen no small amount of sympathy among Muslims. The enemy has exploited the mistakes of the mujahedeen to mar their image among the masses.”

He believed that these branches of al-Qaida were abusing “tatarrus” – an Islamic law that allows for a certain amount of collateral damage (civilian casualties) during jihad.  He wrote that the franchises were playing too loosely with the rules and that “They expand what should be an exception allowed only in extreme necessity” and detonate bombs without regard for innocent Muslim bystanders.

“First of all, we will be held responsible for this before God Almighty. And in practical terms, it causes great damage to the message of jihad,” he wrote in a May 2010 letter to Atiyah Abd al-Rahman, who was himself killed in an August airstrike in the Waziristan region of Pakistan.

Yet, despite his increasing lack of control and the attenuation of resources, Osama never stopped ordering strategic hits on U.S. officials, including President Obama and U.S. Gen. David Petraeus.

“Obama is the head of infidelity and killing him automatically will make [Vice President Joe] Biden take over the presidency for the remainder of the term, as it is the norm over there,” bin Laden wrote in a letter to one of his top lieutenants. “Biden is totally unprepared for that post, which will lead the U.S. into a crisis. As for Petraeus, he is the man of the hour in this last year of the war, and killing him would alter the war’s path.”

In another letter, bin Laden vowed to avenge the War on Terror in Afghanistan, explaining how time and money is running out for U.S.-led coalition forces.

“They struck us and we will strike them back,” he wrote, according to the center’s translation. “This year has been the worst year for them in Afghanistan since they invaded it. The number of their dead has never been this high according to their own reports. Their financial crisis continues. Britain has lowered its defense budget and America is reducing the budget of the Pentagon. Anyone who knows the world and knows politics, knows that it is impossible for them to continue with the war.”

Well, it should be noted how wrong bin Laden was.  Although NATO’s “combat” role in Afghanistan ends in 2014, last week, President Obama announced a long-term “strategic partnership” with Afghan President Hamid Karzai, one that will exist through the end of 2024.  The short of it, we’re not going anywhere.

In the end, it seems as though bin Laden underestimated the resolve of the American people.  The result, his body now scuttles across the ocean floor.   Good riddance.