US Troops on the Hunt for Warlord Kony

US forces have set up in Africa to help the locals track down the ruthless war criminal, Joseph Kony, who led Lord’s Resistance Army (LRA) in a series of attacks throughout central Africa.

The LRA reared its ugly head when unhappy Africans felt that the Ugandan government was marginalizing certain ethnic groups. Kony, who calls himself a spokesman of God, created the Lord’s Resistance Army to fight to establish a Christian theocracy. 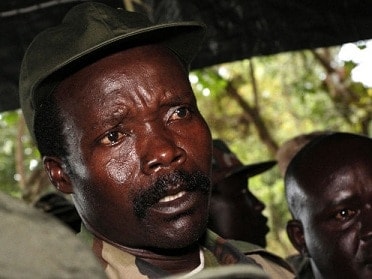 To that end, he pushed the LRA to recruit between 60,000 to 100,000 children, and the LRA is responsible for rape, mass murder, and sexual slavery. Kony is wanted by the International Criminal Court and the LRA is considered a terrorist organization by the US government. So, all in all, not the type of people you want to hang out with.

Kony’s been able to evade capture so far by slipping through the borders of Congo, South Sudan, and the Central African Republic. Right now, he and the members of the LRA are mostly in hiding.

But not for long. US troops have set up base in several different countries to give local forces a much-needed boost in technology and manpower. The US soldiers will not be stomping through the jungle, exactly, but they will offer valuable infrastructure, leadership, and gear. They hope to coordinate the information between the individual countries to create a more comprehensive image of the LRA’s movements.

They’ve been putting on the pressure. Already they’ve killed seven LRA fighters and rescued 15 captives (five of whom where children). With the LRA’s numbers dwindling down to an estimated 150-300 fighters, the end of this terrorist organization is in sight.