Last Thursday, in one of its interview-editorial segments, “The Daily Show” pounced on the Missouri legislator who sponsored a bill – H.B. 1621 – that would make it illegal for employers to discriminate against gun owners.

In watching the video, two things become clear (a) State Rep. Wanda Brown (R-Lincoln) was woefully unprepared to answer the questions that Daily Show correspondent Aasif Mandvi asked her during the interview, (b) the segment was not really about the anti-discriminatory gun bill, but about opposition to a bill that would protect lesbian, gay bisexual and transgender people from discrimination in the workplace.

To address the first point, Rep. Brown did a poor job of explaining why she sponsored H.B. 1621, which specifies that it will be an unlawful employment practice to discriminate against an individual because he or she has a concealed carry endorsement or uses a firearm for a lawful purpose.

At one point during the interview, Rep. Brown was asked to provide an example of a case in which someone was discriminated against for being a gun owner.  She did not present a case.

AASIF MANDVI: How many examples of gun owner discrimination do you currently know of?

WANDA BROWN: Well, you know, I’d rather not get into the examples.

AASIF MANDVI: Right, but you must have thousands of them.  But can you give me a few?

WANDA BROWN: This is preventative, just like to protect the Second Amendment of everyone in the future.

“There was a meat-packing plant in northern Kansas City, it was in a bad neighborhood,” Brown said.  “The owner would carry his gun to work, and he was told that if he didn’t quit carrying his gun, the USDA would not come and inspect his product, therefore he couldn’t sell his product.”

There’s a specific case!  One can argue that all she had to do was mention that case and follow it up with a popular MLK aphorism, “Injustice anywhere is a threat to justice everywhere” and it would have undermined Mandvi’s line of questioning.

Also, she could have belabored the point that H.B. 1621 was passed by the state House on March 8 with bipartisan support and an overwhelming majority (a 115 to 36 vote).  In other words, she wasn’t alone in thinking that bill was a good idea.

In looking at point (b), she should have owned up to her true feelings about gays and lesbians (whatever those may be).  Instead of playing dumb (I’m assuming she was, there is a chance she did not recall opposing the bill), she should have explained why she voted against the anti-discriminatory bill for gays and lesbians.  It’s a free country, she has the right to believe whatever it is she believes.

But she tried to play it coy, only to have it blow up in her face.

AASIF MANDVI: How successful are claims that go to court, based on something that is not illegal? 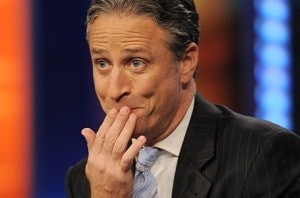 AASIF MANDVI: 0% of those people will win a case if it is not illegal.

WANDA BROWN: OK, so you have something to back that up with?

At the end of the day, the point of the video was to portray Rep. Brown as a hypocrite, one who sticks up for the rights of some marginalized groups, while turning her back on others.  Unfortunately for Rep. Brown, not only did she come off looking like a hypocrite, but also like a fool.

Hopefully, Rep. Brown learns from this experience and she’s better prepared the next time The Daily Show comes calling.