The folks over at ‘The Firearm Blog’ caused a stir this past weekend with their review of a new gun book called, God, Guns & Guts: The Greatest Book Ever Made About Contemporary American Gun Culture.

Calling the book a “big joke” being played on gun owners, Steve Johnson of the ‘The Firearm Blog’ wrote, “I have just been metaphorically punched in the guts. Ben Philippi (a pseudonym) has published the book which gun-haters been craving. Gun owners are portrayed as being scary, crazy and hostile.”

Johnson went on to say, “I respect the right of people to live however they like, I celebrate and love the diversity of our gun culture, but it is dishonest to pretend a selection of eccentric gun owners, who handle their guns in an unsafe manner, represent us all.”

To underscore his point, he posted several of the photos from Philippi’s book, which you can see below. 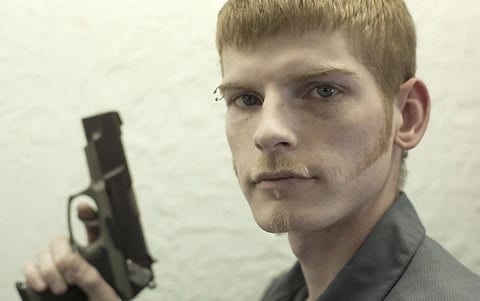 Clearly, these photos show gun owners handling firearms in an undisciplined manner, i.e. putting their finger on the trigger as they pose for photographs.

To build his case that the book is a joke filled with snarky and passive aggressive undertones concerning the gun community, Johnson referenced some comments made by Philippi and his friends, which you should check out here. 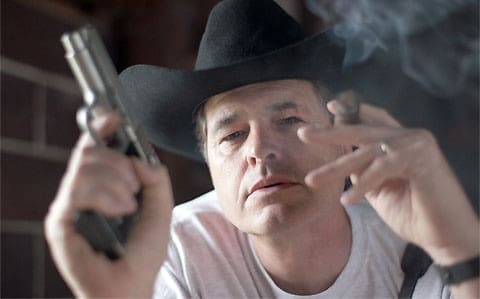 Well, Philippi responded to ‘The Firearm Blog’s’ review by saying, among other things that, “God, Guns & Guts is first and foremost an art book. I wanted to make a bold book about gun culture that doesn’t make any excuses. I’m not concerned what the gun-haters think. You can’t please everyone…” 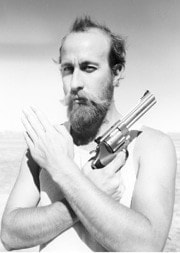 Moreover, Philippi said his target audience was those “who like something a bit more exciting, (like firing a full-auto for the first time) who don’t feel the need to excuse themselves for anything, who enjoy good photography and have a sense of humor.”

As for the finger-on-the trigger concern, Philippi said in a later comment that in some cases it was a conscious decision by the subject, more “of a statement” than a lapse in judgment.    Philippi added that he is gun owner, who is “pro-gun.”

So what’s your take?  Is Philippi’s book a whimsical exposé on the gun community or a gotcha project, meant to spurn gun culture?

I suppose that’s hard to answer, as the old saying goes, you can’t judge a book by its cover.  Or, by extension, a few selected photographs from within its pages (you can learn more about the book here: https://godgunsgutsbook.com/book).

That said, I must admit that I’m intrigued by the book.  And I would bet that the truth lies somewhere in the middle between those aforementioned paradigms.

To read more about this story, check out Steve Johnson’s article at ‘The Firearm Blog.’