An attempt by House Democrats to push a ‘Trayvon Amendment’ that would pressure states to drop their ‘Stand-Your-Ground’ laws was shelved Tuesday after it was determined that the motion would likely violate existing rules for debate on the House floor.

Rep. Keith Ellison (D-MN), who introduced the ‘Trayvon Amendment,’ named after the 17-year-old Florida resident who was shot dead by a neighborhood watch volunteer earlier this year, said he would still try to force a debate at a more “appropriate” time in the future. 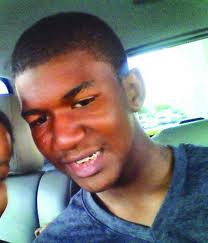 If it was passed, the Ellison initiative would cut federal criminal justice grants to those states that have ‘Stand-Your-Ground’ laws, which allow residents to use force, including deadly force, against an attacker without having the duty to retreat in any place the resident has a lawful right to be.

“Shoot-first laws make prosecutions harder because they presume the use of deadly force is reasonable,” Mr. Ellison said on the House floor Tuesday, trying to convince others to join his cause.

The details of the ‘Trayvon Amendment’ call for a 20 percent reduction in federal funding for states with ‘Stand-Your-Ground’ laws under the Byrne Justice Assistance Grants, which are used to fund a variety of programs, including law enforcement, drug treatment, jails and prosecutor’s offices.

“‘Shoot-first’ laws have already cost too many lives. In Florida alone, deaths due to self-defense have tripled since the law was enacted. Federal money shouldn’t be spent supporting states with laws that endanger their own people,” said Ellison and co-sponsor Rep. Raul Grijalva (D-AZ) on Tuesday before the measure was pulled. “This is no different than withholding transportation funds from states that don’t enforce seat-belt laws.” 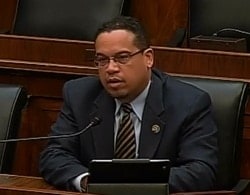 By Ellison’s count, nearly half of all states now have ‘Stand-Your-Ground’ laws.

Initially Ellison thought the House debate over a Justice Department spending bill would be an opportune time to introduce the measure, but the way it was drawn up made it incompatible with official proceedings.

But, as mentioned, this is not the last we’ve heard of the ‘Trayvon Amendment’ or its offspring.

One can bet that there will be future attempts by pro-gun control politicians to manipulate the federal legislative process to attack and punish states with self defense laws.  They will continue to use the Trayvon Martin case as a calling card to roll back pro-self-defense and concealed carry laws.

The only question is: will these efforts be stopped?