The Pistola Con Caricato: 18-Shot Revolver, 3 Shots at a Time

The early 20th century saw a lot of experimentation in the firearms department after the adoption of smokeless powder completely redefined the cartridge and the guns that fired them.  In a time when armories raced to develop reliable and dependable automatic weapons one Italian manufacturer held out with a tried-and-true design.  The revolver.  But this revolver isn’t like anything else you’ve probably seen. 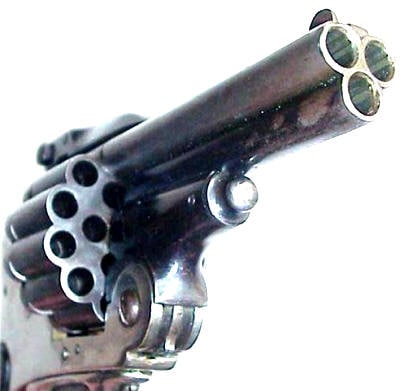 The Pistola Con Caricato (upwards-loading pistol) is that revolver.  Complete with three barrels and 18 chambers, for all its appeal it is somewhat of a mystery gun.  Chambered in .25 ACP we know it had to have been made during the 20th century, as the cartridge wasn’t developed until 1905.  We also don’t know if it is double-action, although that technology had certainly cemented itself by that time. 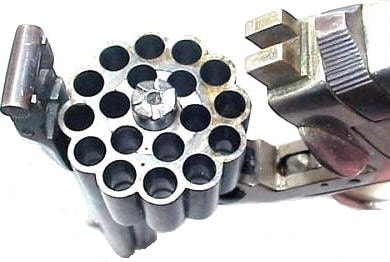 We do know that the gun had five operating modes.  It has a selector that allows the shooter to fire from the first, second, or third chamber only as well as fire all three chambers at once.  People can go on at length about the .25 ACP and its stopping power, but three at once is nothing to laugh at.  And the selector also acted as a safety, being able to disable all three firing pins. 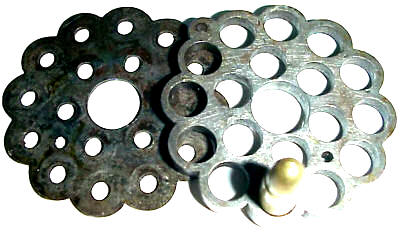 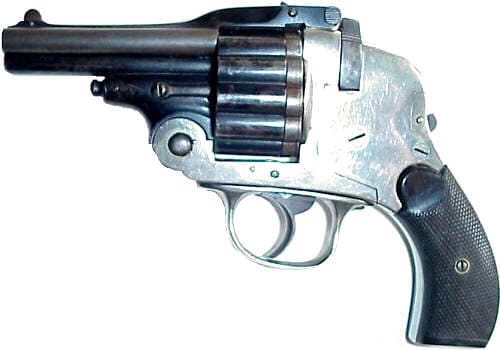 While .25 ACP is, generally speaking now, a pocket pistol cartridge, this revolver would be hard to tuck away, even with a good holster.  It would have been a fascinating service piece if it had ever taken off.  Clearly, it didn’t.  You can see more photos on the Horst Held Antiques website or the Interesting Firearms section of (we’re not joking) Vince’s Worthwhile Website.

We have to think something similar could be made today, and maybe even in .380 ACP, so long as it managed to not fire more than one bullet per pull of the trigger (the ATF was invented sometime after 1905 as well).  Heizer Arms, what’s your next project?