On Tuesday, the U.S. Border Patrol announced a new security strategy that relies less on border fencing and manpower and more on technology, collecting information, analyzing threats, and targeted response.

The new strategy comes as illegal border crossings dropped to a 40-year low.  In total last year, the Border Patrol made 327,577 apprehensions along the Mexican border, that’s down 80 percent from more than 1.6 million in 2000.  It was the slowest year since 1971.

In the past, the Border Patrol had relied on a canvassing approach that blanketed heavily trafficked corridors with agents and fencing, pushing illegals to more remote areas where they would be – presumably – apprehended more easily. 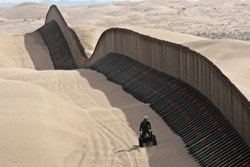 Speaking about the efficacy of this old strategy, Chief Mike Fisher expressed doubts.  “The jury, for me at least, is out on whether that’s a solid strategy,” he told the Associated Press.

Under the new plan, agents will transition to a more precision-based approach with the help of technology and relationships with other government agencies and “national security partners.”

“Commanders will have both the data and analysis to effectively track, assess, and forecast risk. The Integrated Mission Analysis process assists commanders in managing identified risks by allowing them to make better and timely decisions,” the plan states.

Technology options described in the plan include, fixed towers, mobile and aerial surveillance, ground sensors, night vision devices and cargo inspection devices.  Conspicuously missing from the plan were calls for more fencing or other physical barriers. 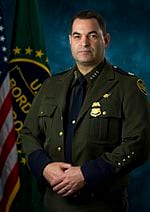 Chief Fisher didn’t rule out more fences, but said, “It’s not going to be part of our mantra.”

While the gizmos and gadgets are cool, emphasis will be placed on obtaining and sharing critical information, then taking steps to identify and eliminate threats.

“This whole risk-based approach is trying to figure out who are these people? What risk do they pose from a national security standpoint? The more we know, the better informed we are about identifying the threat and potential risk,” Chief Fisher said in a recent interview.

While most of that sounds like a bunch of bureaucratic mumbo-jumbo, one real change the Border Patrol has begun to implement is imposing more serious consequences for those who are caught entering the country illegally.

In January, the agency expanded its “Consequence Delivery System” along the entire border, dividing border crossers into seven categories, ranging from first-time offenders to people with criminal records.

Punishments vary by region but the underlying message is clear: no longer will migrants simply be turned around after being fingerprinted.  Children and the medically ill will still get a free pass (sent back without further sanctioning), but everyone else will face tough penalties. 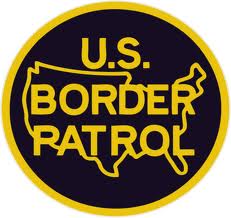 Overall though, some are skeptical of the plan and its ability to secure the border.

While testifying before a House Homeland Security subcommittee, Chief Fisher was asked multiple times why the plan didn’t include specific “metrics” that could help Congress track and measure the success (or lack thereof) of the new strategy.

“How can you possibly measure if the border is secure at all?” asked Texas Republican Michael McCaul.

Chief Fisher defended the 32-page plan, which took two years to develop, arguing that it will help agents “use the resources at the border to better understand what is really happening.”