Although we got a chance to handle Beretta’s tactical and sexy black ARX-160 firearms chambered in .22 Long Rifle at SHOT Show, as it turns out, they were technically keeping them under their collective hat.  The official announcement of these firearms was at the recent NRA Annual Meeting.

Patterned off the centerfire ARX-160, the rimfire variants will have the look and feel of the real thing even though they shoot the smaller cartridge.  The ARX-160 .22 rifle will come with a standard ARX folding buttstock and 16-inch barrel while the pistol will ship with an 8.5-inch barrel. 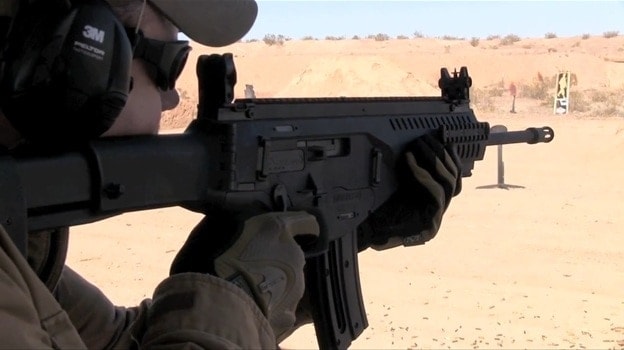 The pistol uses the same parts as the rifle, with two exceptions.  The shorter barrel and a pistol-specific buttcap that attaches the same way as the folding stock and actually folds open.  Fitted to it is a sling loop which will certainly be desired by many.  ARX rifles use standard AR-15/M-16/STANAG magazines and we expect them to be compatible with existing .22 LR AR mags.  Like the full-strength carbines, these plinkers will be ambidextrous, down to the ejection.  The ambidexterity alone will make these popular with a whole lot of lefties. 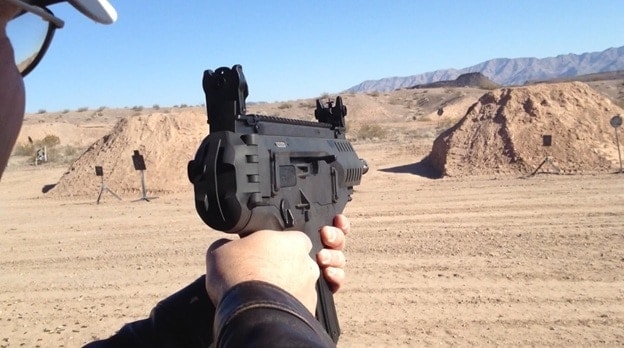 The use of the same stock is a nice feature for people who want to get the gun and then convert it to a Short-Barreled Rifle (SBR) down the road after applying for a Title II permit.  Beretta also plans on selling factory-made SBRs but for now is concentrating on shipping standard rifles and ARX pistols.

They are not quite ready for shipping and should be available this August.  The MSRP of the ARX-160s will be $585 for the rifle and $565 for the pistol, so expect the real-world prices to be between $400-500.

There is a rumor that Beretta is making these to satisfy would-be ARX fans who will be waiting a little while longer for the centerfire guns.  Beretta is shopping around for agency contracts with their slick fully-ambidextrous, short-stroke piston-operated 3rd-generation polymer carbine, and could be holding back on their stock for major buyers.

That being said, we have a thing for plinking, so we’ll let it slide.