In March, Guns.com covered the trial of Paul Jannuzzo, the former general counsel and chief operating officer of Glock, Inc., who was convicted on chargers of racketeering and theft.

On April 11, Jannuzzo was sentenced to serve seven years in prison and pay a $100,000 fine.  With respect to the seven racketeering charges Jannuzzo faced, the jury found him guilty of three: 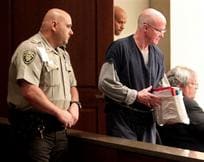 • That Jannuzzo misappropriated company money when he directed an Atlanta law firm holding some of Glock’s corporate funds in escrow to pay $16,000 to a cabinet maker for cabinets in his home;

• That he forged signatures on a document associated with a $3.4 million loan from Glock company Consultinvest to a real estate investment group as part of a scheme to skim anticipated profits from a shopping center development deal; and

• That he diverted $177,000 in insurance premiums that Glock companies had paid to an insurance company established by Glock to a fictitious company he controlled in the Cayman Islands.

But the key conviction in the trial was that Jannuzzo was found guilty of stealing, or failing to return, a $2,500 pistol after he left the company in 2003 (It wasn’t recovered by police until 2007).

This was “the linchpin” charge because all of the other racketeering charges fell beyond the five-year statute of limitations (Jannuzzo nefarious activity took place between April 1997 and January 2002).  If Jannuzzo were cleared of the gun theft charge, then all of the other charges would not stick. 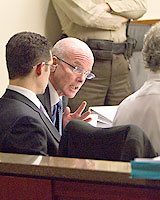 Jannuzzo’s attorneys argued that he attempted to return the firearm, but the jury did not believe that was the case.

“He was chief counsel. He was a lawyer. He signed guns in and out all the time. He knows right from wrong … and he knew it was wrong. … He had possession of stuff that was not his,” Jury foreman Hal Mendel spoke explained to The Fulton County Report.

However, now the estranged son of Gaston Glock, Robert Glock – who was also an exec at the company – has come forward and said that Januzzo tried to return the firearm.

“I went to my father,” Robert Glock recalled, and told the elder Glock, “Paul wants to return the guns. Here are the model numbers, the serial numbers. My father said, ‘I will take care of it.'” Gaston Glock also told his son at that time that “no further action” was required, according to the Daily Report.

The younger Glock also told the Daily Report that he assumed his father had handled the matter. “For me, the gun was unbelievable when I heard about the case going on,” he said. “I know that everybody knew he [Jannuzzo] tried to return this gun. … When I found out the finding of guilty, I said, ‘This is unbelievable,'” he continued. “This is not true. This is not the case.” 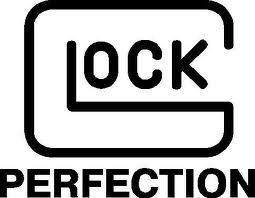 When asked why he didn’t come forward with this information during the trial, Robert Glock told the Daily Report that Austrian lawyers representing his mother and the children warned him that if he testified for Jannuzzo, his father “will try to harm me and the family very badly and will use it against my mother.”

And, he added, “it would be a long distance to come to the U.S. and come to court and say something against my father” (both Robert and his father live in Austria).

This is a strange development in the case that could aid in Jannuzzo attempt to get a retrial.

However, even if it is determined that he tried to return the gun – the plain fact is that he didn’t.  Moreover, as the Jury Foreman Mendal noted after the trial was over, “We felt he was totally, totally guilty of many things.”

Looking at it objectively, Jannuzzo appears to be a dirtbag trying to get off on a technicality.  As for Robert Glock, it’s not clear as to whether he is telling the truth about the gun or if he is saying this stuff to get back at his father for whatever caused their relationship to sour.

Either way, we’ll keep you posted as more news develops.