The NRA has published an “updated” version of their “National Anti-Gun Organizations, Celebrities, Businesses, and Journalists” list and for the most part it reads like what you expect and may already know, with a handful of honest-to-God anti-gun rights organizations, some religious institutions that may or may not surprise you, and a list of anti-gun corporations so long you’ll never remember it all.

But it also has a list of “dangerous” celebrities, people who have starred in film and performed music that we are all familiar with, whether we like it or not.  And that’s where things start to get a little funny.

Because some of the names on the list belong to some pretty vocal anti-gun rights figures, people who have raised money or donated money or otherwise actively engage in restricting gun rights.  Other people on that list are just actors and actresses who have mentioned a personal aversion to guns in interviews or the like, but don’t participate in anti-gun circles.  And some of them just have us scratching our heads. 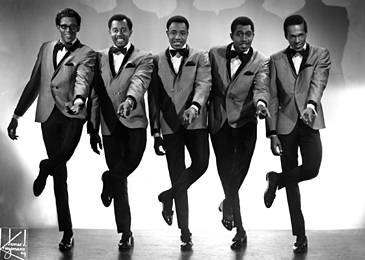 Let’s put aside that three of the original five Temptations have slipped their mortal coil, some having died many decades ago.  The Temptations, founded in 1960 as a doo-wap band, has, despite deaths and departures, recorded many albums in many genres over the years.  Their most recent album was cut in 2010, and illustrates their progression from Motown to soul to funk, disco, and now finally adult contemporary.

Despite their lasting sound we can’t help but think that even though The Temptations have a following, they’re not exactly on the radar, either.  When’s the last time anyone said “Hey, you will do as you are told or you will not be going to that Temptations concert!” or “Aw, but dad, it’s adult contemporary!  I need this!” 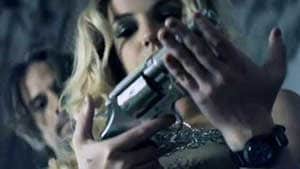 Now she is someone with some influence.  Britney Spears may be a falling star at this point, but her franchise lives on and continues to make the press.  What we can’t figure out is why is she on the list?  Britney Spears has been repeatedly attacked and internationally condemned for her use of guns in her music videos. 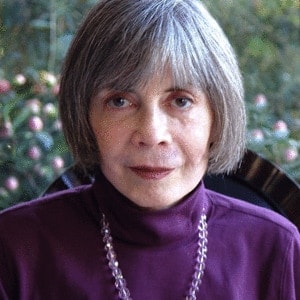 Anne Rice is the author of many vampiric bodice-rippers and other works of “metaphysical gothic fiction” and even both Christian literature as well as erotica.  On the subject of guns Anne Rice has stated that she is not opposed to private gun ownership and that she strongly opposes criminal ownership of guns (sounds like us).  She wishes that more people take courses in shooting and that Mexican drug lords were less often armed with hardware from the US (sounds a lot like us too).  Bet you didn’t know you had something in common with Anne Rice, did you.

Anne Rice owns guns.  While she isn’t advocating that schools bring back shooting sports or calling to abolish the Hughes Amendment, she’s clearly not anti-gun.  And credit where credit’s due: at least her vampires aren’t as stupid as these Twilight things these days. 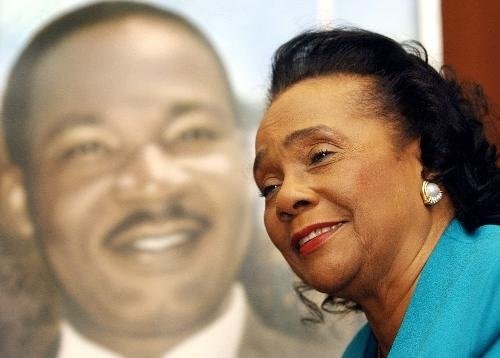 Some may not know but the Rev. Dr. Martin Luther King, Jr. was in favor of private gun ownership.  No one can doubt he had good reason to be.  King in fact applied for a concealed-carry permit after his house was firebombed in 1956.  He was denied.

Coretta Scott King remained a prominent equal-rights figure in many different causes in the following years, and added guns to her agenda in the ’80s, along with video games and apartheid.  She continued to fight to establish social justice in many different venues and parts of the world until January 2006, when she died. 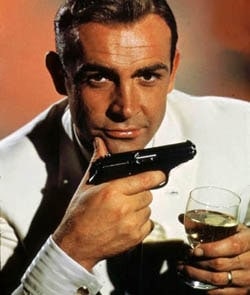 It doesn’t matter what Sean Connery’s personal beliefs about gun rights are, that he’s a huge advocate of disarmament in the UK, you know, where he lives and is a citizen of,  Sean Connery’s actions have left a legacy that is orders of magnitude greater than his opinions on guns.

Because he will always be James Bond.  The other Bonds are OK, and in fact, the New Bond is pretty damn good, but there is just one James Bond, and he made Walther powerful.

Everyone knows someone who bought a gun because it was in a movie.  Dirty Harry made the Model 29 famous.  James Bond did the same for the PPK.

The NRA-ILA does a great deal to protect gun rights but lists like these are, to be honest, silly.  The number of septuagenarians on there is just mind-blowing and there are also typos on that list that have been on there for years.  A good chunk of the actors on that list on there that are only anti-gun if you squint really hard.  And it’s a little McCarthyesque.

As it gets pointed out year after year, there are no conservative names on there.  There are plenty of politicians and politicos that lean to the right that have long track records of curbing gun rights, but instead of spreading around information about elected representatives that directly attack guns, gun owners, and gun rights, we get a list of popular people the NRA doesn’t like.  Frankly we don’t even know why half the people are on that list.  Mike Myers?  He’s Canadian.  You can’t just make a list and not explain why the names that are on it at all.

Look, we know not every actor can be Tom Selleck, and frankly if they were that amount of on-screen mustache, it would spontaneously “put hair on the chest” of every man, woman, and child in the country.  But, let’s be honest, this list isn’t going to make gun owners avoid Micheal Moore movies any more than they already are.  A list of politicians would be much more useful.