At the opening of the Olympic games in London this summer athletes from all over the world will proudly bear their country’s colors as they parade in front of cheering crowds, all except for those fun loving Aussies as Australian shooting champion Russell Mark promised to wear the famous ‘mankini’ popularized by the film “Borat.” 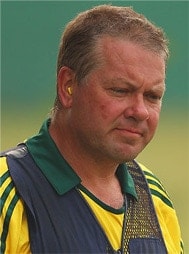 It’s not that Mark, a five-time Olympic trap shooter and two-time gold medalist, wants to do it, it’s that he bet on a football game, which is Australian for soccer, and his team suffered a horrific loss, so now he has to do it.

“Oh, I must’ve been intoxicated. Carlton (his team) promise so much and just deliver so little. It kills me,” the 48 year-old said to The Telegraph.

What makes matters worse, Mark is also a potential flag bearer and he won’t be in uniform along with his fellow countrymen while he carries Australia’s colors. While he covers just enough with the lime-green speedo/suspenders one-piece, his teammates will leave everything up to the imagination in their “stodgy” green blazers and white slacks.

“Age is the problem here. Russell is no spring chicken, his days of being a model are long gone, and we don’t think it would be a good look for the team to have Russell in a mankini,” an Australian Olympic Committee spokesman said. And added, “As we all know the London weather is fickle and we would not want him to catch cold (either).”

Coincidentally, this isn’t the first time Sacha Baron Cohen’s “Borat” has made headlines in the gun world. In late March, during the 10th Arab Shooting Championship in Kuwait, officials accidentally played the theme song from the satirical film instead of Kazakhstan’s actually national anthem during an award ceremony. And they didn’t take it as kindly.

Whether Mark does it or not is still up in the air. While it will be funny for the masses to see, perhaps he will wear traditional Australian garb (as seen in “The Road Warrior”). 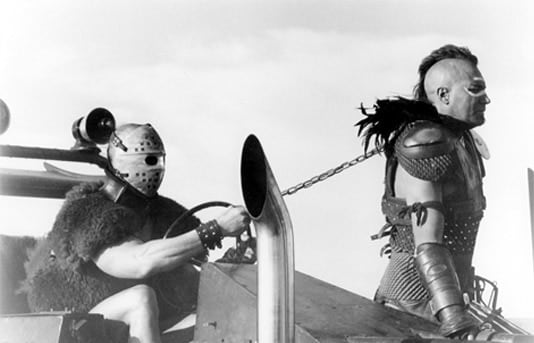