Confirmed examples of the Remington XM2010 Enhanced Sniper Rifle have made their way to stores. Remington has been hinting and teasing about this for some time now, that they would be making the XM2010 commercially available, and the resulting package is more than anyone could have hoped for.

Being a sniper system it includes more than just a rifle. It includes one Enhanced Sniper Rifle chambered in .300 Winchester Magnum, effective out to 1,500 yards, one Leupold MKIV ERT 6.5-20x riflescope with an H-58 reticle and Badger Ordnance rings, a five-round detachable magazine, a Harris bipod, and lastly, an Advanced Armament Corp. (AAC) TiTAN suppressor and quick-detach muzzle break combo. All this comes packed in not one, but two cases, one soft inside one hard, which also include a deployment kit and a cleaning kit. 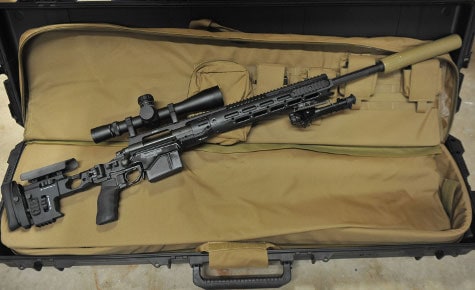 That does not include the $200 tax stamp for the suppressor. 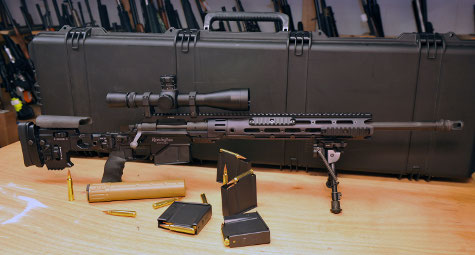 Other specifications of the XM2010 are that it weighs 12.1 pounds, is 46.5 inches long without the suppressor and 52 inches long with, has a totally free-floated 22-inch barrel and quad-railed handguard, has a completely adjustable buttstock and it uses AR-15 grips and trigger guards.

Obviously the exclusivity here is the XM2010’s major selling point. This is the rifle the US Army’s snipers use, and these examples are contract overruns of that very exclusive contract. (Let’s hope they’re overruns and not the rifles that are unable to meet the military’s 1 MOA or less at 200 yards requirement. Don’t worry, we’re joking, they’re guaranteed accurate.) 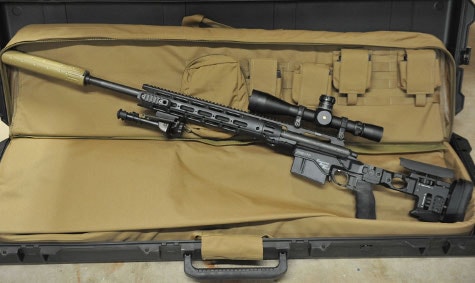 But you could do a whole lot for $17,000 (plus $200 for the tax stamp), not the least of which is make a comparable rifle with easily seven grand left over. Don’t take this the wrong way, the XM2010 is a phenomenally beautiful rifle, we’re especially glad that something this modern is getting into the hands of our troops. We just hope the military isn’t spending $17,000 a piece on these, either.

That being said, we think one of these would spruce up the Guns.com office. Like a motivational poster. One that motivates out to 1,500 yards.