You have seen it countless times in Hollywood movies—our hero/villain finds himself/herself racing down the open highway as he/she pursues/flees from guys with guns.  When the situation gets dire, the cowboy pops open the glove compartment in their car and waiting for them is a revolver or pistol at the ready.

Theatrics aside, many people still keep a handgun in their glove compartment or the center console, especially if they live in a state that is more permissive to concealed carry.

Although they will probably never find themselves in a situation that requires them to shoot one handed while driving, keeping a gun in your glove box can be your saving grace (as many violent attacks do involve a person’s vehicle in some way).

So the question remains, what gun would be ideal to carry in the glove box these days? 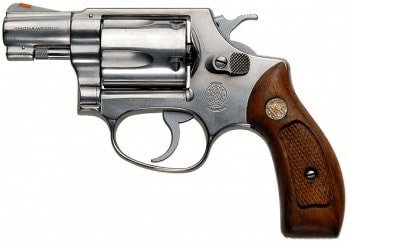 If there was ever a gun designed to fit in small spaces like a glove compartment, this one is certainly it.
Even a standard Model 36 Smith & Wesson is just less than seven inches long and less than 20 ounces empty.
With all the different versions of the J-frame out there in everything from .22 Long Rifle to .357 Magnum there are nearly as many options as there are different glove boxes to keep them in.

The Ruger LCP in .380 is so slim and trim that it begs to be carried around in your glove compartment at a bit more than five inches long and a little more than 10 ounces empty it takes up less space than a decent flashlight.

The LCP and its bigger brother the LC9 will be snug in just about any enclosed space. These guns have really been making a for themselves lately as butch deep carry guns, earning accolades from many respected members of the firearms industry. 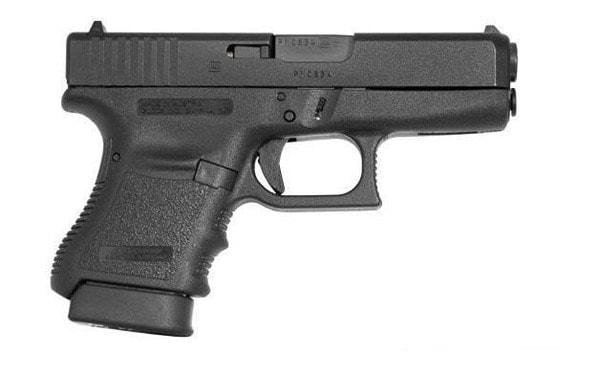 For those of you who want something in your glove compartment or even the center console with a bit more power than a .38 Special or even the 9mm, you have the, often neglected, Glock 36 Slimline in .45 ACP.

The Glock 36 is about the same length over all as the Smith & Wesson J-frame revolver, weights 27 ounces loaded, and is a little more than an inch thick. With six rounds of .45 ACP this little glove box gun certainly has enough firepower to get any job done. 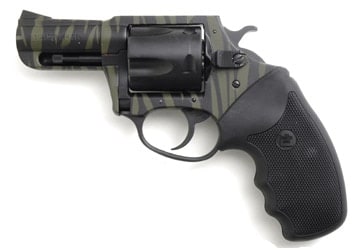 I have not left out the revolver guys when it comes to the big bores either. The Charter Arms Bulldog is unique in that it is the only double action revolver in .44 Special, a caliber that is underrated for self defense.

It is also the longest gun on this list at just over seven inches with a 2.5 inch barrel however it still weighs as much as the Glock 36 loaded with its five shot cylinder.

They are affordable, can be purchased in nearly any finish including a neat looking Tiger stripe finish along with a double action only version to keep from snagging the hammer on anything. While you might need a bigger glove compartment for it, the Bulldog is a nice balance of real power and concealability (and perhaps the one that best complements being carried off the body, in the car).

The glove compartment has always been a good place to keep your pistol so that you can get to it quicker than if you had to try and draw it from concealment while seated. Picking one is just a matter of how much room you have to work with in your own car, take some measurements and then make your choice, you can’t go wrong with any of the guns listed here.

In my day glove box guns were…

One thing about the average glove box (and consequently the average glove box gun) is that they are a lot smaller than they used to be. A couple of my first cars you could easily put a large framed revolver in the glove box with little to no effort, but today’s cars are smaller and so are the glove compartments.  In kind, the guns carried in them (or at least the ones I’m suggesting) should also be a bit more on the compact size.

If you can’t fit a gun into a glove compartment than you certainly can consider the center console depending on the size and how well you can reach the glove box. One thing I do is sit in the driver’s seat with the seatbelt on and then try and reach the glove box, if you can’t do it easily without having to undue your seatbelt than you need to find another place to carry your handgun.

Safety (and the law)

Speaking to the long arm of the law, if you get pulled over for any reason and your gun is occupying the same space as your registration and insurance, you would be well advised to let the officer know that calmly and before you go fishing around in your glove box or center console. The last thing that you want is for a police officer, who might be on the back half of a double, to see a shiny firearm pop out at him like an unseen rattlesnake.

Also, make sure you keep a holster in your car or on you so that when you get out of your car, the gun can come with you. The reason I mention it is that in some locales if your gun is stolen from your vehicle you are liable to face some questions from the nearby gendarme, and a holstered gun paints the picture of a responsible gun owner who is serious about safely storing their firearms.