Remember that article Guns.com published a while back about how gun manufacturers had developed a legal workaround to California’s strict gun laws? Well, Sen. Yee saw the news report about the button and realized that his work was not yet done. 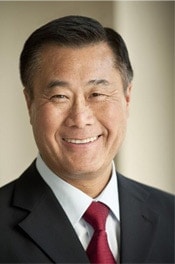 Yee gave his argument to the San Francisco-based News station CBS 5, “It is extremely important that individuals in the state of California do not own assault weapons. I mean that is just so crystal clear, there is no debate, no discussion.”

If Yee truly thinks that there is no debate on this issue then he may be surrounding himself with too many yes-men.

Yee’s next step is to introduce a new bill that will ban the bullet button so that all assault rifles will have fixed magazines. Not only would this restriction be an inconvenience for gun owners, but it would also increase the risk of bullets jamming.

The Calguns Foundation is getting ready to attack Yee’s bill, and considering their earlier triumphs against California gun control advocates there’s a good chance that they might score a victory.

Yee, however, is undeterred. He added that it is “never going to be easy, but by the end of the day we are here in Sacramento to protect the general public and I think that is my priority.”

Once the revisions are made to Senate Bill 249, it will possibly be considered by the Assembly next month.