The Heizer DoubleTap has turned out to be one of the most anticipated firearms of 2012. This 21st-century double-barreled derringer has wowed people around the world, combining the novelty of a modern aerospace engineering take on the two-shot pocket pistol with the simple truth that this is one of the most concealable handguns ever made in centerfire chamberings.

The DoubleTap is chambered in .45 ACP or 9mm and and will have many different configurations to choose from. In both calibers it will be available with or without ported barrels, with an aluminum (12-ounce) or titanium (14-ounce) frame, and in standard black or iPhone white. (That’s what Heizer calls it—iPhone white.) 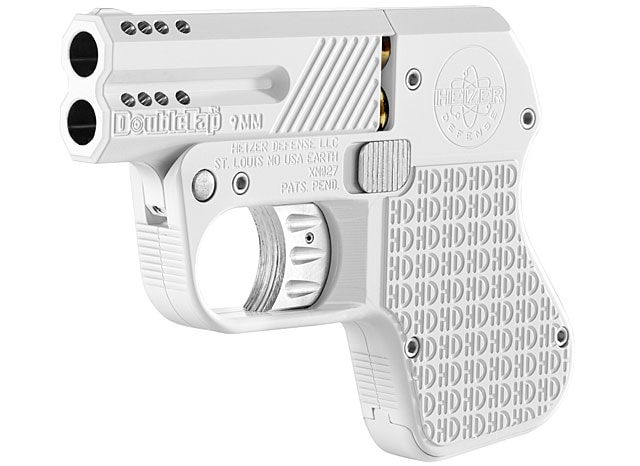 The demand for these novel derringers has been unimaginably high, with tens of thousands of orders for these cute little two-shot pistols far exceeding what Heizer originally had the capacity to manufacture. Heizer has just announced a delay (.pdf) and will not be able to meet their previously-announced first-quarter target for shipping. There is a silver lining in that Heizer will be shipping out an improved model based on feedback from their initial product runs.

Many changes will be made to the DoubleTap scheduled to arrive second-quarter of this year, starting with the simplest of additions, sights. The new guns will have low-profile no-snag sights cut into the derringer’s topstrap. The stainless steel three-inch barrels will be given a Melonite finishing treatment that will greatly increase their rust and wear resistance. And the trigger is getting a new and improved needle bearing system. 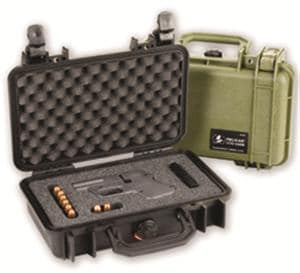 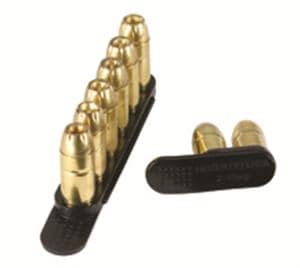 The other changes are more ergonomic. The grip texture will be more aggressive, the trigger is getting squared off, and the palmswell has been enlarged, all for a more comfortable grip and controllable handgun.  In addition to these changes, functional and cosmetic, Heizer has worked out a complete accessory kit for future DoubleTap owners.

This kit includes conversion barrel kits, to go from one caliber to another, or to add or remove ported barrels. It also has speed strips for quick reloads if the two more in the gun but aren’t enough. All that can be stowed in a custom Pelican case for DoubleTap derringers, or pocketed while carrying the DoubleTap in one of several Desantis and FirstSpear holsters. That’s right, there will be a MOLLE webbing-compatible DoubleTap holster.

While waiting for Heizer to produce enough of these interesting and certainly unique handguns, please enjoy this video of one being shot. (Not pictured, ice, painkillers, and hand-loaded low-power cartridges.)