A portion of an Illinois Senate Bill 1034 will allow members of a local Amish community to legally own firearms with a photo-less Firearms Owner ID card (FOID). 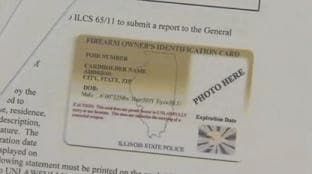 The Amish tend to distance themselves from many pieces of modern technology. Firearms they’re OK with, but they wish to avoid having pictures taken of themselves.

Earl Shrock, a representative of the Fairfield Amish Mennonite Church, explained, “The reason for non-photos is we don’t want to have that lead to pride in our lives.”

That belief has led to some tricky situations because the Amish haven’t been able to acquire FOIDs, a necessity to own a gun in Illinois. This new legislation will let them circumvent the whole camera problem in favor of fingerprints and other forms of documentation.

The police are also on board with the change. The absence of FOIDs may slow down the process a tad, but they should still be able to figure out who has a firearm license without too much difficulty.

This amended detail begs the question, if the Amish can get away with not having a FOID on the grounds of religious reasons, can other Illinois non-Amish residents do the same?

The short answer is no. The language in the bill is very specific in that it has to be a religious exemption and those putting in the request are required to also submit an IRS Form 4029, which waives taxes that are not applicable to that religious group.