The other day I wrote an article discussing whether gun ‘buyback’ programs were a good or a bad idea.  My take was I support buybacks when they use confiscated drug money or donations to pay for the firearms, in lieu of taxpayer dollars.

Moreover, while I don’t think buybacks make a community demonstrably safer, like many politicians contend, I do believe that recovering firearms from people who no longer want them is a good thing, as an apathetic gun owner poses a risk to a community (the gun could get lost or stolen and end up in the wrong hands).

However, when evaluating whether buybacks were a good or bad idea it never occurred to me to factor in a situation where the organizers of such an event did not have enough money to pay for all the guns turned in. 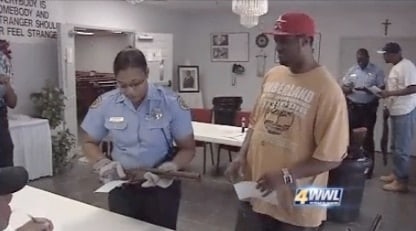 This is the case in New Orleans, where the Greater New Orleans and Jefferson Gun Buyback Committee purchased approximately 400 firearms  – half of which were bought with donated cash, while the other half were ‘bought’ with I.O.U. vouchers.

“We didn’t have enough cash to pay everyone,” Rafael Goyeneche, head of the Metropolitan Crime Commission, and member of the buy back committee, told WWLTV.

“We still have a ways to go,” said Goyeneche. “We want everyone that has a ticket to come in and retrieve the money that we promised them. And we hope to learn from this and grow the program.”

Well, this should be a teachable moment, the lesson: make sure ample funds are at hand before organizing the event.

And not to be too tough on these community organizers, but this was the 12th annual buyback event.  They probably should have seen this coming.  In 2009, for example, the program had raised $20,000 in donations to hold a buyback.  This year, organizers had only raised $10,000; did they really think that would be enough? 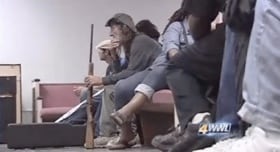 In any event, Goyenech is determined to make sure people get paid.  He has managed to raise $2,200 since the vouchers were given out, but still has to close a sizable gap.  He has also reached into the Crime Commission’s treasury and borrowed some money so that he could square away some more vouchers.

In the end though, he believes it’s all worth it.

“If all we did was prevent one injury from this, $23,000 is less than one emergency room visit,” said Goyeneche. “So this is a wise investment.”

As for the city’s involvement, it played a limited role according to WWLTV.

“It was decided early on that the NOPD’s involvement would consist of collecting and securing the guns at the event safely,” NOPD spokeswoman Remi Braden told WWLTV. “We hope to host gun buy backs in the future, because we think they make the streets safer and provide another way for officers to work with the community.”

“The city supports the gun buy back effort, and the NOPD partnered to provide security and to allow for the transfer of weapons,” said city spokesman Ryan Berni. “That is the extent of our involvement.”

The WWLTV article also reported that the “NOPD helped secure $2,000 from the Police and Justice Foundation for the initial $10,000 in funding.”