US Army Adopts New M4 Magazine, Bans All Other Magazines (Even PMAGs)

In a massive reversal of policy, the Army has declared that soldiers may only use Army-issued magazines. They are banning the PMAG. Soldiers have been using polymer magazines like the Magpul PMAG, Lancer L5 and a handful of other high-performance magazines for years, all for their improved performance, reliability and durability properties.

The PMAG has an National Stock Number and could be ordered by soldiers and branches of the Army, and is even standard issue for Army regiments including the 75th Rangers and 61st Cavalry.

“This just follows a long line of the Army, and military in general, not listening to the troops about equipment and weaponry,” said one Army infantryman serving in Southwest Afghanistan, who asked not to be identified. “The PMAG is a great product… lightweight and durable. I have seen numerous special ops teams from all services pass through here, and they all use PMAGs. Also, a large amount of Marine infantry here use PMAGS, including their Force Recon elements.” 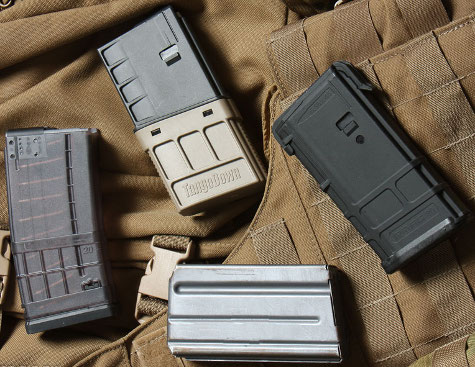 The thinking behind this sweeping condemnation of all non-Tank-Automotive and Armaments Command (TACOM) Life Cycle Management Command (LCMC)-issued magazines is not entirely clear. One possible reason is that the Army’s recent improvements to the standard-issue aluminum magazine have shown better performance than the PMAG and other designs.

“Tan is the Plan” with this third-generation Army 5.56 NATO magazine. While externally similar (if not identical) to older magazines the Army’s newest mag has a redesigned follower that incorporates an anti-tilt design, one that arguably takes a cue from Magpul’s PMAG. The Improved Magazine effectively reduces the risk of magazine-related stoppages by more than 50 percent compared to the older magazine variants. Identified by a tan-colored follower, over 500,000 of the improved magazines have been fielded to units in Iraq, Afghanistan and in the U.S. 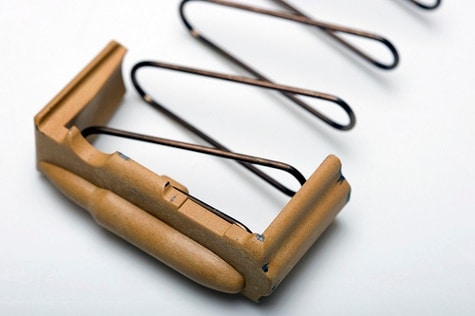 “With the improved magazines, we’re taking weapons reliability up another notch,” said LTC Chris Lehner, Product Manager Individual Weapons. “By incorporating a heavier, more corrosion resistant spring, along with a new follower design that does not tilt inside the casing, our engineers were able to develop a magazine that presents a round to the weapon with even greater stability. Increased magazine reliability results in overall improved weapon system performance.”

But there is another possibility. During the re-evaluation process of the 2007-issued green follower magazines the Army tried to acquire the design rights to the PMAG, something Magpul was not inclined to give up. The irony is that despite banning the PMAG, along with all other non-TACOM-approved magazines, the Army is still recommending that soldiers use the old green follower magazines, the very equipment they have stated is a serious flaw in the M4 system. 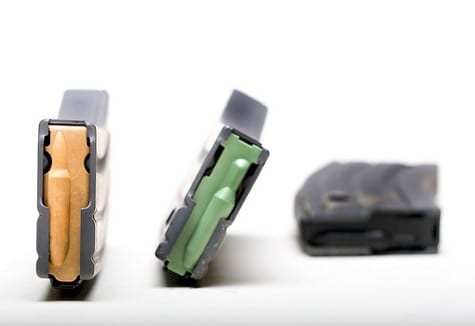 So in the process of replacing the flawed hardware, the Army has banned the better alternatives and ruled that soldiers shall continue to equip themselves with the knowingly-troubled magazines until they are issued new ones with a fix.

While it isn’t likely that these new tan follower magazines are as bad as the older magazines, what isn’t know is if they are superior to PMAGs and the rest. And knowing this will have to wait for independent testing, because TACOM has not released the results of their tests nor their testing methods.

We can only hope that in the face of this mag ban that all the right Army eyes look away while soldiers continue to use the equipment they know and trust best, and that this very obvious mistake gets reversed quickly.