Project Titan by LLARMS is doing something a lot of manufacturers are trying to avoid. They’re adding weight to guns, not taking it away. Specifically, making an AR-10 barrel shroud that adds up to 15 pounds of mass to a rifle. Why?

According to the Project Titan team, “This additional weight absorbs recoil, diminishes barrel torque, and completely eliminates muzzle rise all together. Its secondary purpose is to provide nearly indestructible protection for your barrel and barrel components.” 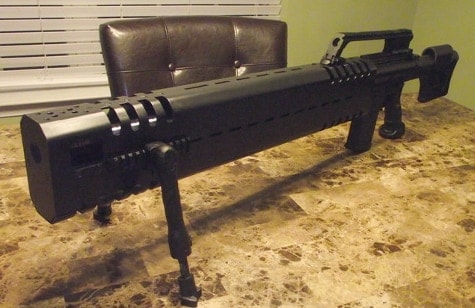 The idea is to take a relatively high-recoil .308 Winchester rifle and dampen it to the point where it can be used as a long-rage suppressing fire platform. And it is modular. The Titan is locked in place by a pair of thumbscrews, which makes it very easy to remove and restore your rifle to its more traditional standard configuration. It is an assembly made of five parts, the Titan shroud, front shroud plate, rear shroud locking plate, muzzle break locking nut and free-floated barrel nut.

The way the Titan is being billed leads people to think that it’s designed around long-range tactical action, but with the way our military is desperately trying to shed weight and reduce soldier burdens, we really think that Project Titan serves another purpose, and that is to make a big, futuristic-looking rifle that is as tame to shoot as a rimfire. 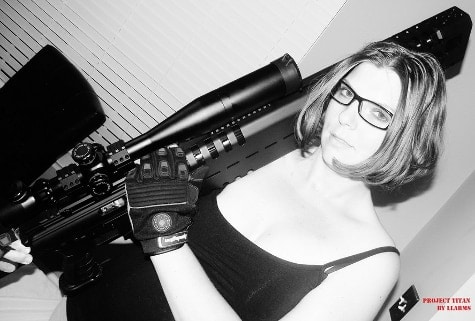 And is a cool-looking modification. It belongs in movies, frankly, and its worth as a conversation piece alone gives it value.

Speaking of value… no price is mentioned. We don’t expect this to be particularly wallet-friendly but simultaneously we hope it’s not priced to the point where it’s unobtainable. LLARMS is attempting to get their barrel shrouds to market by the close of the fourth quarter of this year, after more testing of their current prototypes. And hopefully by then they will take some photos that really show off this thing. 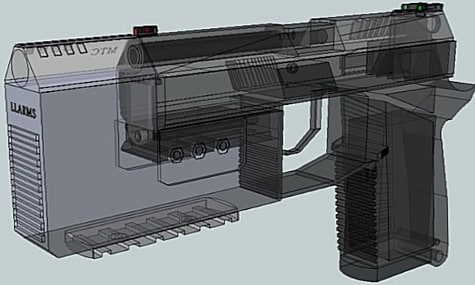 LLARMS is also working on smaller compensators for the CZ P-07 and Glock 17. There’s enough room in there for a flashlight and a laser and a sizeable battery compartment. Time will tell what they’ve got up their collective sleeve.