“If you’re prepared for the zombie apocalypse, a hurricane is just a storm.”

The zombie craze has gone from a stuporous crawl to a full-out sprint in the past couple of years, and it is taking over a good chunk of the world of shooting. Zombie guns, rifles, shotguns and handguns, zombie pocket guns, zombie ammo and zombie optics are all in the works by many otherwise very serious companies like Ruger, Hornady and Leupold, with a great deal of zombie-themed products on the market.

Like anything worthwhile in the shooting industry, this has been met with a lot of controversy. Some people think it’s silly. Other people think it demeans shooting and may even have strong negative legal consequences if zombie-themed equipment ever gets used for self-defense. But clearly a significant portion of shooters find the whole ordeal wildly entertaining, and in a way, it takes the edge off being a gun nut prepper. 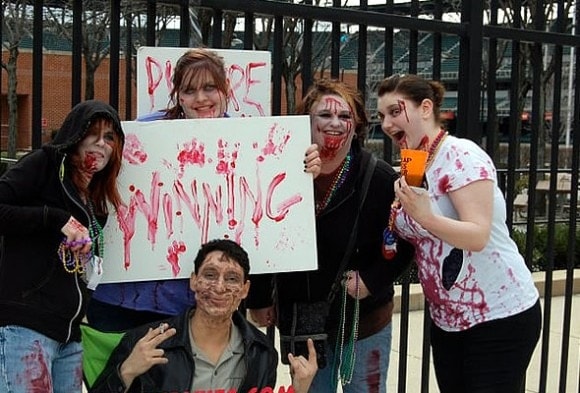 Being a gun nut prepper is scary to people, but if you’re just a big old zombie dork you can get away with a lot of actually common-sense preparation, like having food and water and first aid enough to last for a while in case of natural disasters and the like. Zombies may be silly and nerdy, but they’re not anti-social. People have zombie-themed fun runs, after all.

Plus, if you’re prepared for the zombie apocalypse, you’re literally prepared for flesh-crazed psychos with monster-like strength who feel no pain. Which were entirely fiction until recently, when a naked Rudy Eugene of Miami, FL, up and ate a dude’s face. Here’s the kicker: early reports indicate that he was high on a new class of recreational drugs called bath salts.

Bath salts, amphetamines mephedrone, 3,4-methylenedioxypyrovalerone (MDVP) and methylone, are cheap and easy to produce, are highly addictive, and can and plainly do lead users to having psychotic breaks. Like most amphetamines, bath salts maximize strength and aggression, giving the users strength and energy in addition to horrific and nightmarish hallucinations. 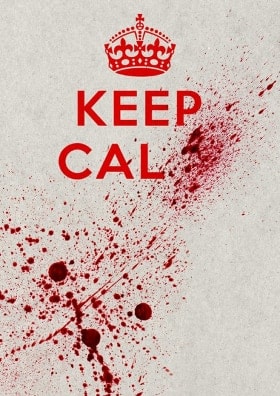 Police responded at least 18 minutes after Eugene’s attack, whereupon they shot him to death, after he turned to growl at the officers.

Then in Hackensack, NJ, one Wayne Carter attacked police officers with his own intestines. The police were responding to a call that a man had barricaded himself in his home with a knife and was threatening to harm himself. When they arrive he threw his own flesh and intestines at the police officers. You know what they did? Well, they pepper sprayed him but to no effect… eventually they waited him out and took him to the hospital. He wasn’t going to get up from that, really.

Was he on bath salts? It doesn’t matter. The drugs will spread.

We like zombies, they are a fun way to explore shooting and add another path for curious people to become real gun enthusiasts. And they can turn preparation into a game.

But in a world where self-mutilating assailants and crazed nudist cannibals are real, they’re real things that actually exist, who can argue against owning zombie guns? Anyone? Show of hands? Carry on.