Citizen Safety and Protection, a task force created by Florida Gov. Rick Scott, will be holding a meeting wherein the public can voice their (probably loud) opinions about the controversial Stand Your Ground law. 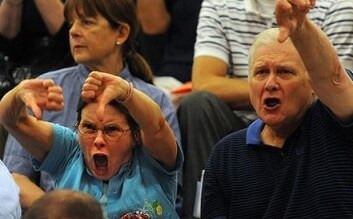 The task force was created in response to the Trayvon Martin shooting (maybe you’ve heard of it?). They’ll be holding their first public meeting on June 12 in Longwood, which is a mere 15 minutes away from the site of the shooting.

The meeting will start at 9am with official speakers and run til noon. At that point, they’ll have a short one-hour break so that people can mentally prepare themselves for four hours of angry citizens.

The general public, which is “encouraged to attend,” will have three minutes each to yell about how terrible guns are, yell about the importance of self defense, or yell about anything else related to the Trayvon Martin case. After all, anybody determined enough to stand in a line for five hours just for a three-minute speaking opportunity is bound to have some fairly strong words.

But don’t worry, you don’t have to miss out on the drama just because you don’t live near central Florida. The Florida Channel will host a stream of the event.

The Trayvon Martin case is so incredibly controversial that there will assuredly be some interesting arguments from both sides. Suppose that you had the attention of Florida officials for 180 seconds. What would you tell them?