Yesterday, the progressive media research center Media Matters called out the Daily Caller for publishing the political ‘satire’ of Jim Pontillo, the firearms manufacturer the right-wing website partnered with for its gun giveaway promotion.

Pontillo is a vocal critic of liberal and progressive politics.  In his latest article, “Top 10 Guns You’ll Find at the Neighborhood Liberal Gun Store,” published in the DC’s “Guns and Gear” section, Pontillo teed off on government agencies and Democratic politicians.   Here are a few examples: 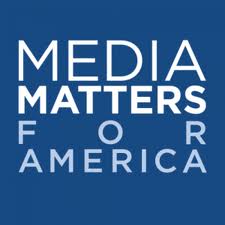 #9   Fat Frank Interpreter:  Shot at people thought of being dishonest.  After exposure, anyone lying talks like they have marbles in their mouth, and they huff and puff a lot like they are about to have a heart attack.

#8   Schumer Shooter:  Banned from New York by Michael Bloomberg, because it resembles a gun.  Made of wood and feigns indignation anytime the trigger is pulled.

#6   Pelosi Clinton Mini Derringer:  Pull the trigger and this pocket pistol shrieks and cackles.  No man can stand to be in the vicinity when this thing goes off.

Not surprisingly, Media Matters did not find Pontillo’s attempt at satire very funny, especially because he has a history of pushing the envelope in terms of tasteless political rhetoric.

He once wrote the following on a political blog:

“I am looking forward to [President Obama’s] inaugural address where the ‘coolest’ ‘rock-star’ Commander-In-Chief  we’ve ever had wows us all by doing a fly-by around the newly repainted ‘Black House’ and lands softly at the podium using nothing but those big ears for the flight.” 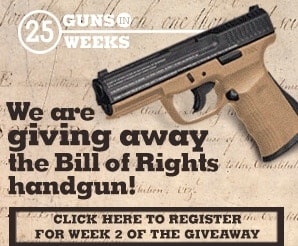 Last week, prior to publishing the liberal gun store piece, the DC was asked about Pontillo’s controversial opinions and the gun giveaway.  It told the Washington Post, “All that’s germane to the contest is that he’s a fully licensed firearms manufacturer. If we were giving away iPads, the political views of Apple would also be irrelevant.”

The questions Media Matters has, if Pontillo’s political views are “irrelevant” why did the DC go ahead and publish “Top 10 Guns You’ll Find at the Neighborhood Liberal Gun Store”?

I suppose it’s a fair question if one takes everything Pontillo wrote in his gun store article literally and without the comic inflection he intended it to have.  In short, it’s a joke.  Maybe it’s stupid joke, an unfunny joke, but it’s a joke (at least as far as I can tell).

I think everyone needs to lighten up a little.  People on the right and the left say stupid, inflammatory things all the time.  It’s part of free speech, which – thankfully – also contains the freedom to change the channel.

Your thoughts?  Do you find Pontillo’s thoughts offensive? Funny?