As part of Guns.com continued effort to bring you the most fascinating and informative gun-related content on the Internet, I decided to reach out to Professor Eugene Volokh, the Gary T. Schwartz Professor of Law at the UCLA School of Law. 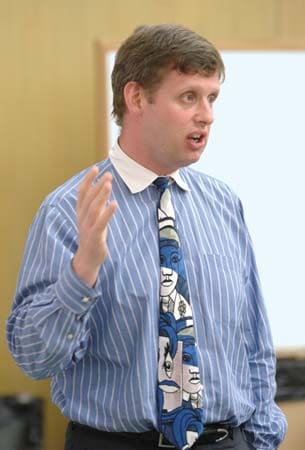 Prof. Volokh specializes in free speech law, criminal law, tort law, religious freedom law, and church-state relations law – but he also knows more about the 2nd Amendment and firearms regulation policy than almost anyone you can think of.  Plus, he is a genius.  Not in a figurative sense of the term, but literally.  At age 12 he worked as a computer programmer, at age 15 he graduated from UCLA with a B.S. in math-computer science.

As for his law career, he is among the five most-cited, under-45 faculty members listed in the Top 25 Law Faculties in Scholarly Impact, 2005-2009 study, and among the forty most cited faculty members on that list without regard to age.  On multiple occasions, his work has been cited by opinions of the Supreme Court Justices.

With all that said, I figured that he would be the best person to speak to on 2nd Amendment issues, particularly ones that are hotly debated.  While you may not agree with everything the Professor says below, you can rest assured that his positions are extremely well researched and well thought out.  In other words, his conclusions are the product of intellectual rigor and critical analysis, a refreshing departure from the hate-laced rhetoric being pumped out of today’s hyper-partisan media outlets.

As always, I encourage you to respond to this Q&A in the comment section below.  My hope is that this serves as a springboard for a larger discussion on the issues (I hope to do another Q&A with Prof. Volokh sometime in the future, so if you have any questions, please also write those down in the comment section).

S.H. Blannelberry: From your perspective, how do you read the 2nd Amendment in relation to gun ownership: an individual right, a limited individual right that applies only in the context of militia service or a collective right that refers to a state government’s right to keep well-regulated militias?

Eugene Volokh: An individual right – the D.C. v. Heller majority was correct on this.

SHB: Follow up; does our 2nd Amendment cover self-defense?  In particular, self-defense outside the home?  Did the founders and framers intend this right to be included when they drafted it?

EV: It’s not clear whether the Second Amendment secures a right to use arms, as well as to keep and bear them.  Certainly the text doesn’t say that.  But even if it implicitly does so, I think it would only secure a right to lethal self-defense as broadly accepted throughout American history – lethal self-defense that is necessary to protect against death, rape, kidnapping, and serious bodily injury.  That’s the baseline that basically all American states have accepted, from the Framing to today, and I think that is what courts would (and should) feel comfortable constitutionalizing, if they think this area of law should be constitutionalized.  To be sure, other states have recognized a broader right to lethal self-defense, for example when necessary to protect against robbery or burglary, or even when lethal force isn’t strictly necessary (such as when a safe avenue of retreat is valuable).  But I think that this is up to each state to decide, at least once one gets beyond the traditionally accepted baseline.  So the result will be that any constitutional right to self-defense wouldn’t make much of a difference, since all states now provide at least that much protection for self-defense.

SHB: Should self-defense outside the home (some form of carry) be covered under the 2nd Amendment?

EV: I think so, and many 19th century and early 20th century decisions interpreting the “right to keep and bear arms” so hold (though some disagree).  But I don’t know whether the Court will be prepared to accept this.  Those lower courts that have considered the question in the last few years have mostly rejected this theory, though a few have accepted it.

SHB: What is the ideal framework for evaluating whether a gun law or regulation is Constitutional?

EV: Well, I wrote a 100-page article on the subject, so it’s hard for me to give you a paragraph on it. 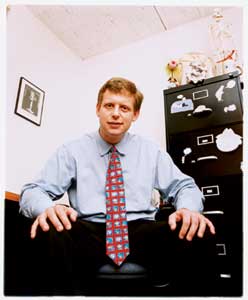 SHB: What are your thoughts on universal reciprocity?

EV: I think shall-issue is probably a good idea, I think states should adopt it, and I think there’s a plausible argument for Congress to do the same (though I doubt that this will be politically feasible).  But I see little basis for giving out-of-state concealed carry permitholders more rights than in-state residents have, which is what some “universal reciprocity” provisions would end up doing (to the extent that they will let out-of-state licensees carry in states such as California and New York, where in-state residents generally can’t get licenses).

EV: Jury is still out on that, since this is a hard question to evaluate empirically.  But it seems pretty clear that shall-issue hasn’t lead to any material increase in violent crime.  And given the value of the right of self-defense (whether or not it’s constitutionally secured), I’d say that the presumption should be in favor of the right to have the tools one needs to defend oneself – and even if that presumption could be rebutted by very strong evidence, no such evidence has appeared.

SHB: Stand Your Ground Laws, do they pass Constitutional muster? Are you in favor of these types of self-defense laws?

EV: There’s no constitutional problem with them – there’s no constitutional right that they would violate.  Whether they’re a good idea is hard to tell for certain.  Some of the time they may lead to needless death; some of the time they may help prevent needless death and loss of liberty; it’s hard to tell without much more examination, which I haven’t done.

SHB: Do you have any thoughts on the Trayvon Martin case?

EV: I haven’t been following it closely enough to say more than what I said here.

[Another fascinating article.  This one breaks down “Duty to Retreat” and lethal self-defense laws.]

For added context, here is an interview Prof. Volokh did with Reason TV:

I’d really like to thank Prof. Volokh for taking time out of his busy schedule to answer some questions.  If you want to follow Prof. Volokh or learn more about his positions on a wide range of legal topics you should check out his super popular website The Volokh Conspiracy.