A parody website called The Duffel Blog released this tongue-in-bearded-cheek story a few months ago. A couple of websites and users around the internet were actually fooled by it, but don’t let them pull the beard over your eyes; this news story is fakety-fake-fake.

That still doesn’t mean we can’t get a kick out of it. Xegis Solutions (a think tank that doesn’t actually exist) found that men with beards “had a significantly higher accuracy and rate of fire than the soldiers without beards. The soldiers lacking beards had a higher rate of weapons malfunction and basically, shit went wrong most of the time.” 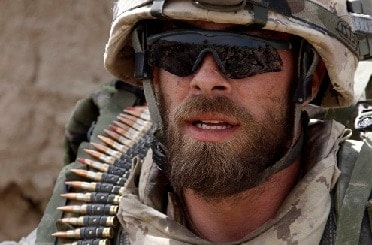 This prompted an equally fake response from General James E. Mattis, “It’s settled science. In light of this information we will enforce a rule requiring all males to wear at least one inch of facial hair at all times. Furthermore, any females able to grow facial hair are encouraged to do so as well.”

It’s easy to see how this story got picked up. Beards represent manliness, and so do guns, so manlier beards should mean manlier guns, right? Not quite. Evidently a lot of gullible people out there aren’t familiar with the age-old struggle between beards and rifle stocks.