A World War II fighter plane was discovered in the Sahara Desert during a routine oil exploration mission.

The Kittyhawk P-40 was discovered by Jakub Perka, a Polish oil company worker. He found the plane in Egypt, a full 200 miles away from the nearest town. Amazingly, many of the instruments were still working and the plane’s weapons were loaded with ammo. Perka somehow managed to resist the urge to fire off a few rounds.

Representatives from the British Royal Air Force are slated to make a trip to Cairo to officially confirm the plane’s serial number and potentially perform a recovery so that they can put it on display. Unfortunately, some locals are salvaging this piece of history for scrap metal. Beyond the faded paint, a damaged tail, and a few missing nuts and bolts thanks to some greedy locals, the plane is otherwise in pristine condition. 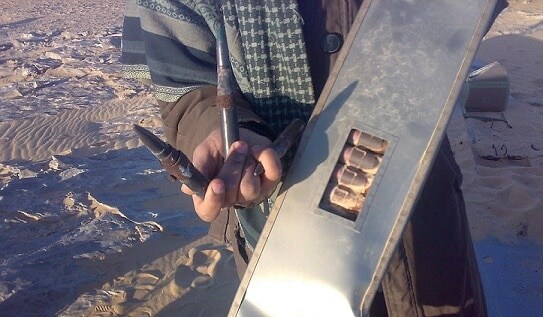 Historians suspect that the plane was last flown by Flight Sergeant Dennis Copping. Back in 1942, Copping was charged with flying a damaged Kittyhawk P-40 to another location for repairs. He went off course and was never seen again. Based on evidence around the downed aircraft it’s reasonable to assume that Copping (or whoever the pilot was) survived the landing. Signs of a makeshift camp and no body suggest that the pilot survived, stuck around for a bit, and then left when he realized that nobody would find him.

Military historian Andy Saunders suspects that the pilot, “ended up walking to his death. It is too hideous to contemplate.”