President Barack Hussein Obama has a ‘Kill List.’  The individuals on that list – regardless of whether or not they are American citizens – have been sentenced to death.  Not by a jury of their peers, a judge or even a military tribunal, but by the President himself.

According to Cornell Law School Professor Peter Strauss, due process is “an assurance that all levels of American government must operate within the law (legality) and provide fair procedures.”  In other words, due process has two parts.  First, state and federal governments need to follow the law.  And second, before the state or federal government takes one’s life, one’s freedom, or one’s stuff, it must give one a fair shake. 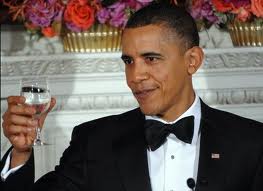 Now, to be perfectly candid, a fair shake or “due process” is still a rather elusive and nebulous concept that is largely dependent a number of different variables when talking about administrative proceedings.  For example, it gets hairy when one tries to distinguish between a right and a privilege or whether an individual deserves some type of hearing before his/her welfare is cut off.  But in the context of criminal trails, due process or, more precisely put, the procedural aspects of due process have been explicated within the Constitution (and thanks to the Fourteenth Amendment, these apply to not only the Federal government, but the State governments as well).

The Sixth Amendment states that “In all criminal prosecutions, the accused shall enjoy the right to a speedy and public trial, by an impartial jury of the State and district wherein the crime shall have been committed, which district shall have been previously ascertained by law, and to be informed of the nature and cause of the accusation; to be confronted with the witnesses against him; to have compulsory process for obtaining witnesses in his favor, and to have the Assistance of Counsel for his defense.”  If one is being charged with a crime, he/she is entitled to all of those aforementioned substantive procedures.

Now, it’s fascinating to think of cases where due process as it relates to criminals can be violated (where the President of the United States can put someone’s name down on his “Kill List”).  One such instance happened not too long ago when predator drones killed two U.S. citizens, one of them was Anwar al-Awlaki, an al-Qaida jihadist who was responsible for recruiting and motivating suicide bombers (Fort Hood shooter, the underwear bomber, and the Times Square bomber).

William Saletan from Slate.com acutely pointed out the due process dilemma with al-Awlaki, he wrote, “But Awlaki adds a new complication: his citizenship. We didn’t arrest and try him. We didn’t even give him a military hearing. We simply gathered intelligence and decided to kill him. Civil libertarians say this violates a Constitutional rule: No citizen may be “deprived of life, liberty, or property, without due process of law.”

It’s clear that just on the facts presented thus far, al-Awlaki was not given due process.  So, were his due process rights violated?

Well, this is the case for “can one’s due process rights be violated,” and this is a case where one’s politics seem to ultimately determine one’s perspective.  Legally speaking, the fact that his due process rights were circumvented seems to suggest that they were indeed violated.  However, the Obama Administration feels as though the drone strikes was justified and legally sound. 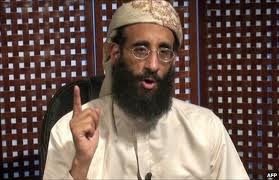 Saletan explains their rationale, “The administration’s legal argument in the case of Mr. Awlaki appeared to have three elements. First, he posed an imminent threat to the lives of Americans, having participated in plots to blow up a Detroit-bound airliner in 2009 and to bomb two cargo planes last year. Second, he was fighting alongside the enemy in the armed conflict with Al Qaeda. And finally, in the chaos of Yemen, there was no feasible way to arrest him.”

Apparently if an individual meets these three criteria, he may have his life, liberty, and/or property taken away from him without any type of hearing or judicial procedure (to say nothing of the Sixth or Eighth Amendments).  Or, as Saletan points out, those three elements “by deduction, are the due process test.”

But this ought to leave a bad taste in one’s mouth because all three of these elements can be manipulated to violate one’s due process right.  Saletan writes:

“Which leaves us with an awkward bottom line. If the target is a suspected terrorist, ‘imminence’ can be redefined to justify killing him. If the weapon is a drone, feasibility of arrest has already been ruled out—that’s why the drone has been sent to do the job. So in any drone strike on a U.S. citizen suspected of terrorism, only one of the three questions we supposedly apply to such cases is really open: Has he been fighting alongside al-Qaida? If he has, we can kill him. That’s the same rule we apply to foreigners. In effect, citizenship doesn’t matter. The “due process” test is empty.”

The “due process” test is empty because the criteria have been changed.  Instead of trial by jury, it’s an “imminent” threat evaluation done by a group of military commanders within the Obama Administration who are halfway around the world, who then go on to brief President Obama on their findings.  Additionally, feasibility of apprehending an individual can be arbitrarily decided and, subsequently, ruled out.  One can argue that a suspected US-born terrorist is too far away to send federal agents after him; therefore, it is easier (better, more cost-efficient) to send predator drones.  Lastly, one can argue that even if an individual has dubious associations with terrorist organizations, the suspect is himself a terrorist.

The point is all of this rationalizing with US-born, suspected terrorists leads to a sliding-scale procedural process that is not based off of justice per se (or Constitutionally enumerated rights), but based on convenience, arbitrary judgments, and cost-saving measures.  So the answer to the question of whether one’s right to due process can be violated is of course “yes,” and all it takes to understand this is reviewing the process by which the U.S. government abrogates the rights of US-born defectors.

There’s also another element here that the New York Times and the Daily Beast pointed out in their recent articles on this topic, that is this hasty process of trying people not in court but in the White House leads to other callous (if not, craven) behavior that increases the likelihood of collateral damage.

As the times described it, Obama has “embraced a disputed method for counting civilian casualties that did little to box him in. It in effect counts all military-age males in a strike zone as combatants, according to several administration officials, unless there is explicit intelligence posthumously proving them innocent.”

This adds a whole new meaning to the phrase “wrong place, wrong time.”  And it leaves the door open for other possibilities, as Amy Davidson from the New Yorker noted, “If an American whom the President decides is a threat can be assassinated in Yemen, where Awlaki was hit, why not in London, or Toronto, or Los Angeles? (Awlaki’s teen-age son, an American citizen who had not been accused of anything, died in a separate strike).”

How does that bode for the people in the target’s strike zone?  Are they guilty too, by proximity?

If you’re in good standing with the President or if you trust his judgment then you probably have no issue with the way in which his administration has redefined due Process.

But if you believe in the Constitution and due Process and the rule of law, the recent moves by the Obama Administration have to give you pause.