The NRA is currently taking heat for allegedly misrepresenting Tom Barrett’s voting record on firearms and the 2nd Amendment while he served in the House of Representatives (1993-2003).

A radio ad produced by the NRA claims that Barrett, the Democratic gubernatorial challenger in the Wisconsin recall campaign, voted to ban 15 kinds of guns, including ‘common deer rifles’ while in office.

The radio ad, which you can hear below in the video, consists of two hunters talking about Barrett, here’s part of their conversation:

Well, is it true?  Did Barrett vote to ban ‘common deer rifles’?

In short, it depends on your perspective, and what you commonly hunt deer with.  See, what the NRA ad is essentially saying is that Barrett voted for President Clinton’s 1994 Assault Weapons Ban, which is true – Barrett did vote for it.

So, the question then becomes did ‘common deer rifles’ fall under the flawed and now obsolete AWB?

According to the NRA, ‘common deer rifles’ did fall under the AWB.  The research director of the NRA, John Frazer, cited five newspaper and magazine articles from the 1980s and early 1990s that indicate some deer hunters did use weapons that were targeted by the ban.

However, Politifact, the fact-checking group operated by the Tampa Bay Times, disagreed.  According to their findings, the NRA’s claim is “mostly false.” 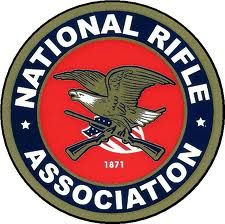 After investigating the matter in depth, the fact-checkers concluded, “the statement holds an element of truth in that some deer hunters used some of the weapons [that fell under the AWB]. But the statement ignores facts that create a different impression. Experts agreed that the once-banned weapons were not commonly used for deer hunting.”

For your reference, the AWB outlawed semiautomatic rifles that had “an ability to accept a detachable magazine” and at least two of these characteristics: “folding or telescoping stock; a pistol grip that protrudes conspicuously beneath the action of the weapon; a bayonet mount; a flash suppressor or threaded barrel designed to accommodate a flash suppressor; and a grenade launcher.”

It appears this is really an issue of semantics.  Had the NRA replaced the word “common” with some other phrase like, Barrett had voted to ban “some rifles used for hunting deer” or some other such nonspecific phrase there wouldn’t have been a problem.  But because the NRA used the word “common” it created a bit of a mess.

What I don’t understand is why the NRA just didn’t state the plain truth in the ad: Barrett supported President Clinton’s AWB?

I’m sure it has something to do with the phraseology of ‘assault weapons’ (there may be a stigma there and people might believe that a ban on ‘assault weapons’ is a good thing) but still, educated voters – in particular hunters – know the truth, i.e. the AWB was a complete waste of paper.