Hundreds of thousands of counterfeit electronic parts are being used in U.S. military equipment and aircraft, a Senate committee reported last week.

Fake parts were also discovered in night vision systems, radios, GPS devices and the microelectronics that make them work and “the failure of a single electronic part can leave a soldier, sailor, airman or Marine vulnerable at the worst possible time,” the report said.

The 112-page report “outlines how this flood of counterfeit parts, overwhelmingly from China, threatens national security, the safety of our troops and American jobs,” Levin said.

According to the report, 70 percent of an estimated 1 million bogus parts were traced back to China.  The next two largest source countries were the United Kingdom and Canada. 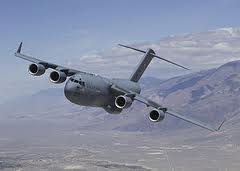 “It underscores China’s failure to police the blatant market in counterfeit parts — a failure China should rectify” Levin added.

The report also found that Department of Defense measures such as the Government-industry Data Exchange Program (GIDEP), designed to screen for bogus parts, were “woefully lacking.”

Between 2009 and 2010, GIDEP only received 217 reports on fake parts, the majority of which were filed by just six companies.  Government agencies produced only 13 of those reports.

Additionally, the report found that DoD had made the mistake of reimbursing contractors for the costs they incurred as a result of their failure to find fake parts in their own supply chain, giving them no reason to weed out counterfeits themselves.

Some of the investigators believe that the solution to this problem lies in the National Defense Authorization Act, which President Barack Obama signed into law last December.  The Act is designed, in part, to reduce the number of fake parts entering the country by implementing new detection measures and cutting down the sourcing of components from unknown suppliers.

We’ll see how that goes. 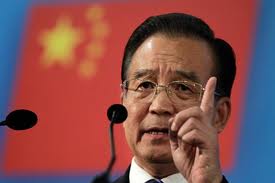 “The United States prioritizes the right to keep and bear arms over the protection of citizens’ lives and personal security and exercises lax firearm possession control, causing rampant gun ownership,” the report stated. “The U.S. people hold between 35 percent and 50 percent of the world’ s civilian-owned guns, with every 100 people having 90 guns [and] 47 percent of American adults reported that they had a gun.”

Apparently, in China, the right of self-defense or the right to defend against tyranny is considered to be a human rights violation.  In China, it’s a simple matter of why does the individual need to protect himself/herself when the state will do it for him/her?

The notion that the 2nd Amendment and the “protection of citizens” are mutually exclusive or contradictory concepts is an Orwellian doctrine that ultimately leads to the usurpation of life, liberty and property.  History has shown this time and time again.  As such, our founders and framers were keenly aware that the best way to protect citizens is by ensuring their right to keep and bear arms shall not be infringed.

In short, “rampant” civilian gun ownership is the sign of a free people.