Cut-Away AK-47 Lets You See Inside the Rifle

Development of the AK-47 began in the final year of WWII, and went into mass production after it ended, in appropriately enough, 1947. Designed initially to protect Russia, the AK-47 has since proliferated to every spot on earth and has become the most successful rifle ever invented.

The AK underwent several design revisions in its early years, mainly, fine-tuning for ease of mass-production. The design that most people are familiar with as the AK-47 is the AKM, which is the basis for nearly every stamped AK model, version, and Khyber Pass knockoff. The AK has been in production non-stop, in facilities from Finland to South Africa to the Philippines, and estimates of the total produced exceed 50 million. 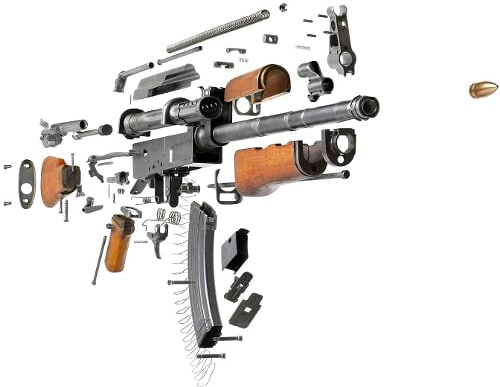 AKs were made in practically every state under the Warsaw pact, including Poland, whose variants are sought after to this day for their innovations and small tweaks that make them stand out from the hundreds of other AKM variants, the Beryl and the Tantal.

There is one Polish AK that we’ve just learned of. It is a training AK made for the Polish military to show soldiers how the rifle works. It doesn’t shoot bullets, but it does let you look into the gun to see the parts you only usually see at the factory. 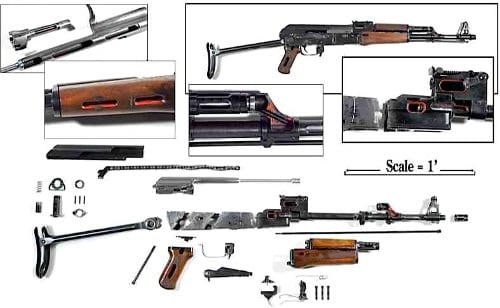 This cut-away AK-47 is not a plastic teaching tool, it started out as a real AK-47, and for whatever reason, was selected to go into service as a working lesson. The receiver has been de-milled to ATF specifications, with the receiver having been cut with a torch and the barrel drilled through in three places. Suffice it to say, don’t use any parts from this on a working AK unless you’re not a fan of the way your face is currently arranged.

The best thing about these cut-away AKs is that they’re also currently on sale. If you want to have one of these unique gun teaching tools, talking pieces, and objets d’art, you won’t go broke doing so. They’re priced at just $250.

The AK isn’t just a weapon or machine, it’s a piece of history, a device that has influenced nations and cultures. And this is a terrific way to showcase it in all its simplicity, function and form.