Caracal, maker of the new Caracal Pistol, has announced that they’re making a carbine that accepts their pistol magazines. Complimenting their F, C, and SC pistols, the Caracal Carbine will be available in two models, the CC 10 LB and CC 10 SB.

Both chambered in 9mm, the differences are in barrel length. The LB is the long barrel version, for sale to everyone, and the SB is a short-barreled rifle (SBR), for people who are legally-allowed to operated them. 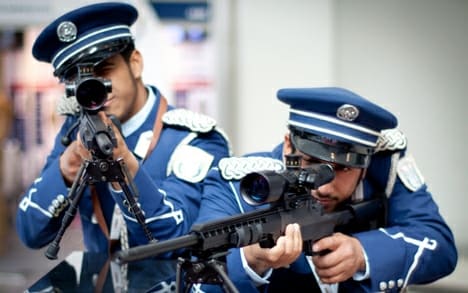 The CC 10 will feature a similar short, light, and crisp trigger that the pistols are best known for, top and bottom Picatinny rails, an ambidextrous magazine release, and will accept both 15-round and 18-round pistol magazines, as well as 30-round magazines being made for the carbine.

Caracal’s upcoming carbine uses a conventional rifle layout, with sights at the front and rear of the receiver and a magazine well in front of the trigger guard, unlike many pistol carbines which use the grip as the magazine well. This increases the length of the carbine somewhat but gives the user a more natural manual of arms. Details about the carbine have not been released, like barrel lengths (although the LB is likely to be around 16.5 inches long, and the SB, from the photos, looks about 9 to 10 inches long) overall weight, and method of operation, and they might not be final at this point. The CC 10 may still be undergoing development in these initial stages. From the photos, it’s apparent that they have several different prototypes at the 2012 ISNR expo. No price is mentioned, but if it’s anything like the pistols, this is going to be a very affordable carbine. 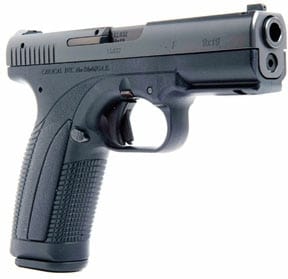 The Caracal Pistol impressed us a great deal at SHOT Show this year, and so did it impress just about everyone else. These extraordinarily simple handguns have only 28 total parts, including springs and pins.

Designed by Steyr’s Wilhelm Bubits, they are proving to more than adequate service pistols, even this early on in their history, and the company is proving to be particularly business-savvy as well; we could think of a couple of other companies that make polymer service pistols that would do very well if they made a compatible carbine…

If the CC 10 carbines compare at all with the pistols, we expect them to be light, easy-handling, and very, very accurate.