As I’m sure you’re aware, the world can be divided into two camps: Team Brangelina and Team Aniston.

Unapologetically and unashamedly I fall into the former camp, which was why I was pleased to learn that Bradgelina – the supercouple consisting of Brad Pitt and Angelina Jolie – were pro-gun, at least according to an article published in the Huffington Post.

See, had the two fulltime superstars and part time baby wranglers been pro-gun control, I may have considered jumping ship and joining the duffs who idolize the lunkheaded ‘Rachel’ from friends (What else could explain her interest in ‘Ross’ but a severe dearth in IQ points?).

In any event, Huffpo cites an article from the U.K.’s Daily Mail where Jolie is asked about guns and how she learned to handle them.  Here is what she had to say: 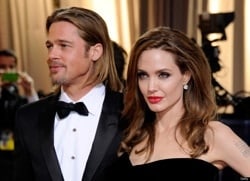 “I bought original, real guns of the type we used in ‘Tomb Raider’ for security. Brad and I are not against having a gun in the house, and we do have one. And yes, I’d be able to use it if I had to … If anybody comes into my home and tries to hurt my kids, I’ve no problem shooting them.”

If that statement doesn’t convert you to Team Bradgelina, I don’t know what will (maybe if Jolie posed for Hotshots 2013?).

All joking aside (I really don’t care about Team Bradgelina), is anyone surprised that Jolie embraces the 2nd Amendment?  That she believes in the fundamental right of self-defense?

Should we be surprised that A-list celebrities, like Jolie, are gun fans?

In that Huffpo celebrity gun article, the author conveys a sense that some celebrities fit a “gun persona” while others do not:

“It doesn’t surprise us to learn that stars like Robert De Niro, Marc Anthony and Clint Eastwood are cock-and-pull aficionados, but Miranda Lambert, Howard Stern and Donald Trump don’t strike us as the gun-toting type,” the article states.

This comment raises an interesting question: is there gun-toting type?  If there is, do celebrities fit that stereotype? 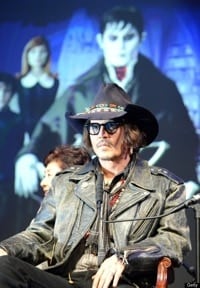 From my experience, there is no ‘gun-toting type.’  Sure, we all know that some media outlets often choose to portray gun owners in a very narrow way – as wannabe vigilantes, angling to flout the law and mete out justice one hollow-point at a time – but the reality is gun community is very diverse.

People from all backgrounds, all income levels, all political persuasions, etc. are gun owners.

Yet, for some reason, people are shocked to learn that Whoopi Goldberg is an NRA member or that Johnny Depp – aka ‘Captain Jack Sparrow’- enjoys shooting and plans on teaching his children how to handle guns safely.

“We would just go out and line up a bunch of cans and shoot with rifles, handguns and at times, submachine guns,” Depp told Star Pulse.com. “When I was a kid it was a controlled atmosphere, we weren’t shooting at humans – we were shooting at cans and bottles mostly. I will most certainly take my kids out for target practice.”

I guess the underlying question is, why are people still so in the dark about the popularity of guns in America?