Louisiana Governor Bobby Jindal is getting pumped up as he prepares to vote on pivotal pro-gun legislation.

Those of you who obsessively read every single Guns.com article will remember this piece a little while back about the Louisiana legislators’ attempt to solidify citizens’ Second Amendment rights. The bill cruised through the house with a 77-22 vote.

For gun rights advocates, the bad news is that the bill will meet an untimely death if voters do not approve of it when they go to the polls on Nov. 6. On the bright side, though, the bill has been gaining steam.

Gov. Jindal called the bill, “our own Second Amendment,” and is enthusiastic about what the bill will do for the Cajun state, saying, “We are adopting the strongest, most iron-clad, constitutional protection for law-abiding gun owners.” He added, “I look forward to voting for this amendment in the fall.” 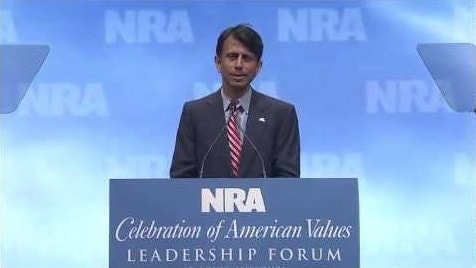 The ballot will read, “Do you support an amendment to the Constitution of the State of Louisiana to protect as fundamental the right of individuals to keep and bear arms?” Yes, please.

If it is passed, the bill will double-wrap gun rights beneath two virtually identical pieces of legislation. The amendment will change the Louisiana Constitution to echo the US Constitution: “The right of each citizen to keep and bear arms shall not be infringed.”