Palmetto State Armory is having a big sale on Smith & Wesson M&P pistols. They’re down to $400, from $550. If you’re interested, act now, because we don’t know how long they’ll have any of these guns in stock. They’ve already sold out of 9mm models since this morning. 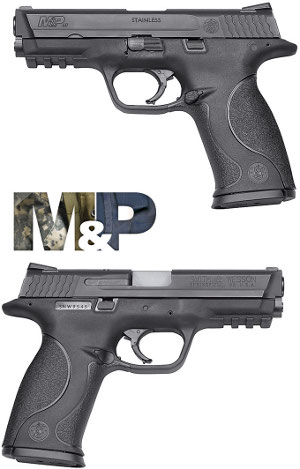 The M&P pistols, of course, are big hits with both the law enforcement and civilian circles, for being reliable and accurate service pistols. They come in full and compact sizes, and of course, the very recent M&P Shield single-stack subcompact concealed-carry model (which is not on sale, unfortunately enough).

We have to wonder why they’re dropping the prices through the floor, and the M&P Shield may be an indicator of why. Many people love the ergonomics and handling of Smith & Wesson’s M&P pistols but dislike the trigger. It’s sometimes described as soft, squishy, and without a discernible reset.

It’s not hard to fix this with a few Apex Tactical M&P parts. Apex offers individual trigger parts that vastly improve the pistol’s triggers, as well as competition and duty/carry triggers that improve things while giving you the option of having a hair trigger or not.

The M&P Shield has a much better trigger than the rest of the M&P line, and it’s obvious that S&W has taken a look at how Apex has improved on their designs, particularly improving the trigger reset. There have since been rumors that S&W is preparing to start producing all of their M&P pistols with an improved trigger, which would give Palmetto State Armory a good reason to eliminate what stock they currently have. This also means that if Palmetto is clearing out their stock, other companies will follow.

In any case, right now is a good time to pick up an M&P if you’ve been on the fence about getting one. Four hundred dollars is a crazy bargain, even if you’re not all that interested in .40 S&W. And $300 for an SR22 or PK380 is nothing to sneer at, either.