The state of Idaho and many of its smaller communities are trying to lure gun and ammunition manufacturers to set up shop in their communities.

Firearms are a $3.8 billion industry that keeps paychecks supplied to 90,000 people across the US. Idaho is looking to get in on that action and they plan to do that by making the state as appealing as possible to gun manufacturers. 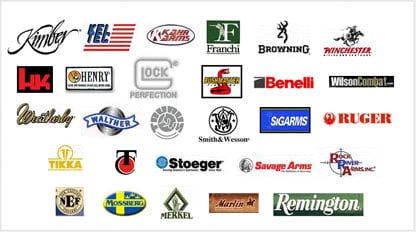 Gary White, a Washington-based business marketing consultant, argued that the political climate in more liberal states would help Idaho’ cause, “Lots of states are anti-firearms states. That is what Idaho is playing against, positioning itself as a firearms-friendly state.”

Idaho has already passed a law that will limit regulations on gun manufacturers and protect the companies from lawsuits.

On top of all that, there’s the shift in attitude. Moving to Idaho from a state like, say, Massachusetts or California will surround gun manufacturers with much more gun-friendly workers and neighbors.

Mayor David Brown of Potlatch, Idaho sees this as an opportunity to use state’s burgeoning gun industry as a way to attract more people and appeal to niche markets. His small town, which just recently caught the interest of an ammunition manufacturer, is thinking about building hunting-themed houses and retail developments to “help draw in some out-of-towners and out-of-staters.”

Idaho isn’t the only state to bat its eyelashes at gun manufacturers. South Dakota, Alabama, Montana and Arizona are also competing.