SIG P938s Shipping and Spotted in the Wild

Officially announced at the 2012 SHOT Show and unofficially announced in November of 2011, the SIG P938 instantly received a lot of attention. A scaled-up variant of the SIG P238, the P938 is chambered in the more powerful 9mm Parabellum, as opposed to .380 ACP.

While the P938 is functionally the same as the P238, the P938 is an entirely new pistol. Everything about it is different, made larger and heavier to accommodate the higher pressures of the 9mm cartridge. Even the grip panels are different, due to the increased length of the grip front to back. The sights are the only thing they have in common. 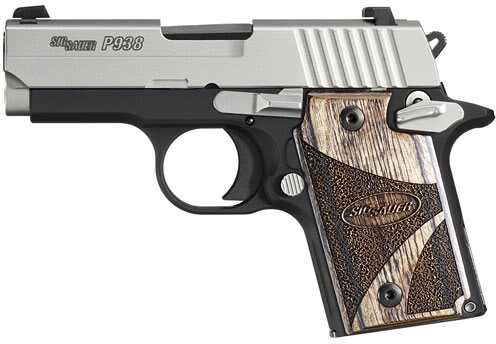 The P938 is slightly larger in all dimensions and has a longer, 3-inch barrel. It still manages to have a loaded weight of just under 20 ounces; though larger, the P938 is by no means larger. The P938 has aggressively-checkered front- and backstraps to help with the increased recoil.

Announced in a variety of models, the P938 is slowly trickling into stores. It would seem as though the P938 Nightmare is the most common, black with black synthetic grips, night sights, and a nickel-finish slide catch, ambidextrous safety and magazine release. The going rate for a P938 is around $700.

While priced higher than the P238, the P938 fills a gap in the 1911 world—although some would argue that it, and guns like it, the P238 and Colt Mustang Pocketlite aren’t true 1911s, due to their modified trigger and safeties—between some of the fairly common but less expensive and less featured micro-compacts and high-end carry 1911s like the Kimber Ultra TLE II or Springfield EMP. 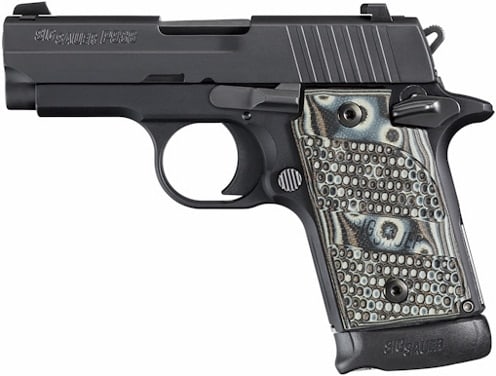 Plus it’s got SIG’s unmistakable style going for it, although that is a matter of personal preference.

So if you’ve been hurting for a P938, now is the time to get out there and asking around. They are available from a few online vendors as well.

Of course, the P238 had some pretty bad teething issues. Initial reports say that the P938 doesn’t seem to have the same problems, but it is an all-new gun. Would SIG’s history with the P238 prevent you from running out and grabbing a P938?