In March, a 19-year-old Nebraska man shot himself in the head while participating in an online video chatroom.  For months investigators did not know whether the fatal shooting was an accident or a suicide.

On Monday, after interviewing witnesses across the globe and reviewing computer chat logs, investigators determined Trevor George accidentally shot himself while putting a revolver against his head, an act he had done in the past according to Tinychat community members who were familiar with the young man.

“He has a history of simulating this event,” Capt. David Stukenholtz of the Bellevue Police Department told local reporters. “This time, for whatever reason, there was a bullet in the chamber of the gun that he did not get out of there.” 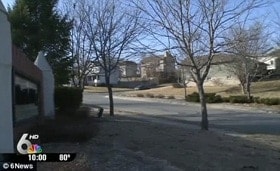 Those who were chatting with George at the time of the shooting were stunned.  Some of the witnesses thought it might have been an elaborate joke while others looked on in horror, knowing that something had gone horribly wrong.

However, due to the anonymous nature of the website, it was impossible for most people to report the shooting or call for help.

“Even if you knew his name, you would have to know where to send help,” Stukenholtz said.

According to local News affiliate WOWT the teenager used various online aliases, including TZIF and variations of ‘Jesus.’

Eventually, a Florida man who knew George’s real identity and whereabouts reported the shooting to authorities.

George, a straight-A student at Bellevue University, lived with his parents.  Police said that although they were home at the time of the shooting, they did not hear the shot and were unaware of their son’s death until officers arrived at the home to follow up on the Florida man’s report. 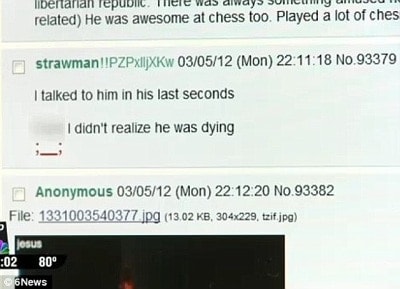 When police examined archived chats from that night, they discovered that George’s last words might have been “Help me.”

After George’s death was confirmed, members from all over the world, including Australia, Canada, the Netherlands, expressed their sorrow and grief on the community forums.

A user with the screen name “Strawman” lamented, “I talked to him in his last seconds. I didn’t realize he was dying.”

Police maintain that George appeared neither depressed nor suicidal leading up to his tragic and untimely death.

Stories like this one are always tough to hear.  Guns.com would like to offer our condolences to George’s family and friends.

With respect to accidents involving firearms, we have no choice but to strive for perfection.  If we can learn anything from this senseless tragedy, it’s that we must continue to preach gun safety until there are no more accidents, no more negligent discharges, no more stories like Trevor George’s.  As a community, we can do better.  And, we will do better if we keep getting the word out and making sure that we put gun safety at the fore.