The US Army Tank-Automotive and Armaments Command (TACOM) Life Cycle Management Command (LCMC) recently made the very unpopular announcement that following the introduction of a newly redesigned standard M4/M16/STANAG magazine, soldiers would be prohibited from using any non-USGI magazines.

Facing overwhelming negative feedback, LCMC has made another announcement that soldiers will remain free to use aftermarket magazines, specifically including the PMAG, which has a national stock number (NSN) and is openly-available for units to order.

These new magazines are built with a tan tilt-free follower that improves on the design of the older green follower pattern. It has long been known that the older magazines are a major weak point and a high percentage of stoppages are associated with them, which is why so many soldiers choose to equip themselves with non-USGI magazines.

The announcement was particularly frustrating because it would require some soldiers to use the older, failure-prone magazines with the green follower, as the Army is still in the process of rolling out the improved magazines. And it was even more confusing with the many Army units for whom the PMAG is actually standard-issue, like the 75th Rangers. 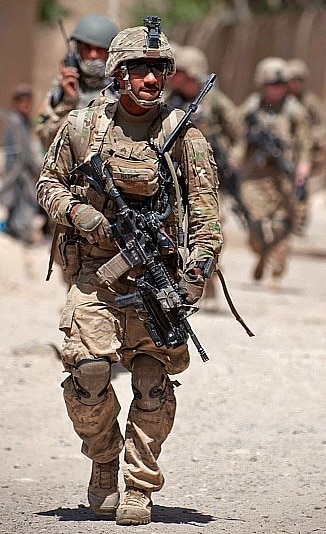 However, LCMC is now reversing their ban on non-USGI magazines, stating that their original announcement was “incomplete” and that the Army has no intentions of prohibiting the use of high-performance magazines.

“At best, the message is incomplete; at worst the message allows soldiers to jump to the wrong conclusions,” said Matthew Bourke, an Army spokesman at the Pentagon. “Maintenance Information Messages [from TACOM] are permissive. They are not an order. They are not a directive. All content and direction in those messages are optional for the recipient.”

This is despite the fact that TACOM spokesman Eric Emerton said, specifically regarding the Magpul PMAG—having an NSN—that only “Authorized NSNs have ever been included in the technical manuals. Just because an item has an NSN, does not mean the Army is an authorized user.”

While it would seem that this bit of back-pedaling is clumsy, we are happy to hear that soldiers will be allowed to continue equipping themselves with the kit that they choose, and not be forced by military mandate to only carry USGI magazines.

“The main message we want to get out is—although the Army does support and is confident in the improved, tan-follower magazine—we don’t want soldiers to fear punishment for using PMAGs,” Bourke said.

The Army has a $10.7 million dollar contract with Brownells for 1.4 million improved tan-follower magazines.