Fabrique National is announcing a tactical variant of their recently-announce SCAR-H PR. Based on the SCAR-H, the “Heavy” model SCAR (Special Operations Forces (SOF) Combat Assault Rifle) the PR (Precision Rifle) model features a 20-inch free-floating barrel. Called the SCAR-H TPR, the Tactical Precision Rifle varies from the PR model in that it uses a different buttstock. The other features remain the same.

The new stock is fixed, not folding, but with more options for adjustment. It has a 10-position length of pull and an 8-position cheek riser. The fixed stock will undoubtedly make many people happy where folding stocks are prohibited, in addition to it having more options for customization.

The SCAR-H TPR has a monolithic upper receiver/rail assembly for all Picatinny optics and accessories that extends well beyond that adjustable gas block, as well as a bottom rail for bipods and the like. It has two removable side rails as well. The lower receiver is polymer to help keep the weight down—the SCAR-H TPR weighs just over 8 pounds—and accepts proprietary magazines that are modeled off standard free-falling AR/M16/M4 mags, but for 7.62 NATO cartridges, in 10- or 20-round versions.

The lower has AR-style controls and uses an AR pistol grip. It comes with a two-stage match trigger, as well.

The SCAR-H TPR uses a very short-stroke gas piston system, or “tappet”. It’s a closed gas system to prevent fouling, and to reduce reciprocating mass inside the gas block. The standard SCARs are capable of shooting 1 MOA at 300 meters, that is an accuracy requirement, and the TPR and PR promise that at extended ranges—up to 1,000 meters. 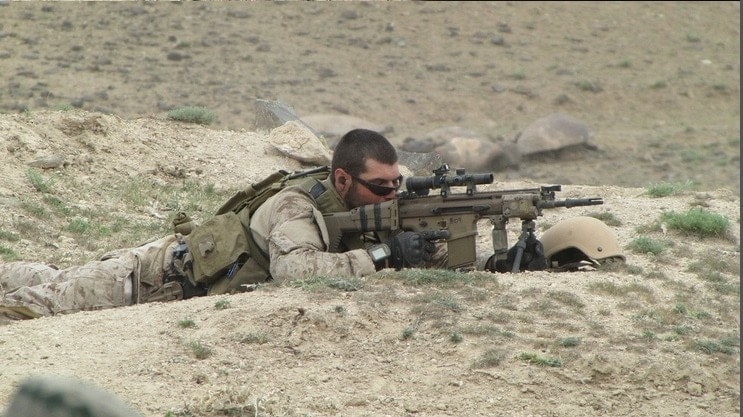 No word on the price or availability just yet. Although it may be moot as FN is looking for military contracts and soldiers to arm with these very cool rifles for now. In the future, we hope to see them for sale to everyone else. When that happens, prepare to open up your wallet pretty wide, as SCARs start at almost $3,000, and a heavy-barreled tactical version isn’t going to be less expensive.

But if money is no object, FN will be showcasing the SCAR-H TPR at the EUROSATORY trade show being held in Paris this June from the 11th to the 15th.