SOCOM Gets Ambitious with Requests for New Troops and Gear

The military’s Special Operations Command (SOCOM) is getting increasingly more bold with its requests as it tries to lasso more government resources and new futuristic weapons.

Much like gun fashion, SOCOM is so in this year. Their popularity means that they’re being spread a bit thin, which has prompted SOCOM’s top officer, Adm. William H. McRaven, to request authority to train and gear out more troops.

“No,” was the somewhat unexpected answer. House, Senate, and cabinet officials turned SOCOM down and sent them back to the drawing board, telling them to work with what they already had. A senior Congressional aide told NY Times, “Right now, anything SOCOM wants they pretty much get — they’re hot. But this was a nonstarter. They were overly zealous.” 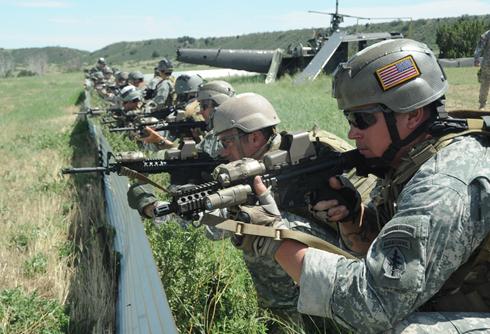 If at first you don’t succeed…

Wired reports that SOCOM is also trying to push for the creation of new high-tech weapons. They want scalable weapons that can have varying levels of power, ranging from non-lethal to lethal. Do you know what that means? If SOCOM gets its way, then SOCOM commanders will be able to say in all seriousness, “Set your phasers to stun.”

Other items on their list include a microwave EMP weapon, all-out invisibility for commandos and vehicles, and a stun gun that paralyzes bad guys for long periods of time.