Ammoland reports that New Jersey Assembly Law & Public Safety Committee will be considering A1216, legislation that could impose a 7-10 year sentence on people caught with an airsoft. We know that the rash of BB gun injuries among pets is fairly high, but isn’t that taking it a bit far?

Right now, BB guns and other airsoft guns are included under NJ’s definition of “firearm,” which, of course, means that people in possession of an airsoft are 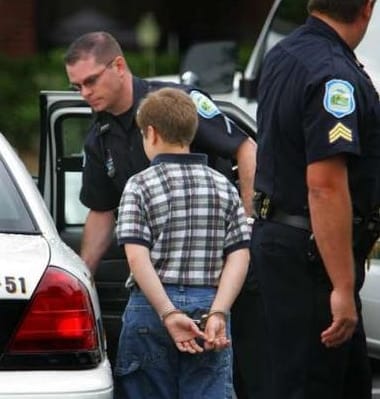 Basically, what A1216 is going to do is pump up the punishment for anybody caught with a firearm on school grounds, advancing it from a third degree to a second degree crime. NJ slams second degree offenders with a standard 7-10 year prison sentence and a hefty $150,000 fine.

The law will also do some messy things for anybody who transports BB gun-toting criminals to school grounds. So, a soccer mom who doesn’t inspect her kid’s backpack for the airsoft that he hid in there could end up in jail for giving him a ride to school. That’ll teach her not to be a responsible mom!

This law will double-up on existing legislation that is directed at criminals, but it also casts a wide net that is sure to ensnare oblivious kids and average parents. Firearm possession for an unlawful purpose is a second degree crime in NJ, so the purpose of A1216, it seems, is to make it a second degree-second degree crime, and to teach middle school boys a lesson they’ll never forget.

Want to express your (undoubtedly strong) opinion about A1216? Please do. You can find the phone numbers of people on the committee here.