Ares Armor, the guys behind the phenomenal and innovated EFFIN-A tunable, stackable compensator and major manufacturer of 80 percent AR-15 parts kits is ramping up their latest project, the Rudius 80 percent 1911.

Named for the wooden swords gladiators were given when they were granted their freedom, the Rudius is an 80 percent complete, unassembled parts kit that you can build into a 1911. As-is, the Rudius is not a firearm and can be bought and shipped anywhere in the US. Also, consisting of just parts, you don’t need to transfer a Rudius through an FFL, because again, it’s not a gun. 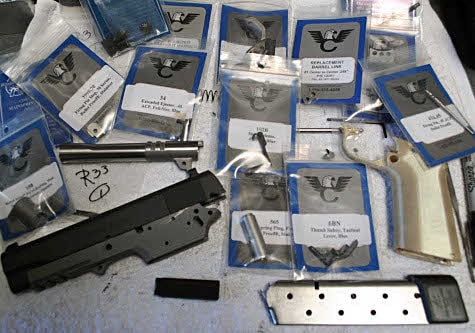 You do have to complete it yourself. Ares does offer jigs to help you drill out the material necessary to be able to complete it.  To complete this frame all that need be done are the slide rails, barrel seat and the two rear pin holes, thereby making it a firearm. A completely stripped, disassembled firearm, but a firearm nonetheless. And if you’re still not convinced that this is legal, you should read this, from the ATF FAQ:

Q: Is it legal to assemble a firearm from commercially available parts kits that can be purchased via internet or shotgun news? For your information, per provisions of the Gun Control Act (GCA) of 1968, 18 U.S.C. Chapter 44, an unlicensed individual may make a “firearm” as defined in the GCA for his own personal use, but not for sale or distribution. 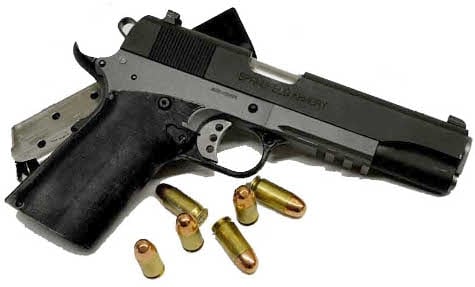 This does not mean it is legal for a prohibited person to assemble a firearm. Anyone who purchases a Rudius kit must still comply with all other federal and state laws. You also explicitly can’t make these guns with the intent of selling them. The Rudius kit is for people who want to know their gun inside and out, and have fun in the process of building it.

The Rudius project isn’t quite ready to ship. However, if you pre-order a Rudius now, you’ll get it at a significant discount. The frame kits are priced at $100 for pre-order; when they go for sale down the road, that price will be $250. You can also order them with both standard or premium parts kits, featuring Caspian and Wilson parts, which add $600 to $1,500 to the totals. The jigs run $130.

Details about the Rudius frame itself are scarce. They are clearly metal frames with a polymer grip, magwell and trigger guard unit. We hope that the frame is an aluminum alloy as that would be easier for most people to do the finishing machining on. It would also make this a nice and light 1911, suitable for concealed-carry, particularly if the grip is as slender as it looks on video.

Ares Armor expects to ship these kits in the next three to six months.