Bray Entertainment, the group that produces History Channel’s “Pawn Stars,” is toying with the idea of starting up a reality TV show that follows gun expert Sean Rich.

You ever watch an episode of “Pawn Stars” and see Rick call in “one of his buddies,” the guy who is an expert on guns and old weapons? You know, this guy: 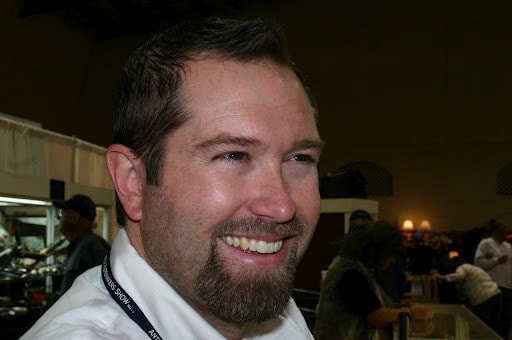 Well, Bray Entertainment is thinking about following him around with a few cameras. Rich will travel around the world in search of people with valuable firearm artifacts and the stories behind them.

Smaller gun stores, like The Shootist in southern California, might have a chance of showing up on some of the episodes. Erin Archbold-Silman, a co-owner of the gun store, told NC Times that the production company filmed footage for their new show at the store.

Bray Entertainment isn’t divulging much information about the new series, but Archbold-Silman is more than willing to share some of the juicier details: “It’s ‘Pawn Stars’ meets ‘Antiques Roadshow.’”

The footage that they filmed on location at The Shootist is slated to be used in the hour-long pilot. There’s a bit of speculation regarding which network is going to pick it up, but Archbold-Silman said, “I can tell you it’s one of the big ones.”