Gun rights advocates attended a public meeting while openly carrying their firearms in order to express their support for a young man who was arrested for open carry. 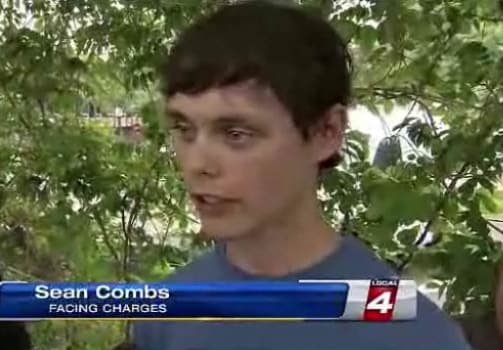 A few weeks ago, we featured this story about Sean Combs, a Michigan teen who was arrested by police because he was openly carrying an M1 Garand.

Combs has pleaded not guilty to the charges, which includes brandishing a firearm and obstructing an officer. And for those of you who aren’t fully up-to-date on Michigan carry laws, yes: it’s legal to openly carry a firearm.

A few Michiganders made use of their right to carry by attending a Birmingham City Commission meeting with pistols strapped to their belts, shotguns in their hands, and rifles slung over their shoulders. One of the protestors, Phillip Hofmeister, told Click on Detroit, “We understand that it’s not something that’s a part of the public norm or something you see in everyday life, but there is not a law against it.”

While nobody came out and said, the implication of the organized protest was quite clear, “If you arrested Sean Combs, why don’t you arrest us, too?”

It’s impossible to say whether or not the protest will have any impact on the case, but considering the fact that Combs wasn’t actually doing anything illegal it should be a cut-and-dry case.