Noveske Rifleworks, partnering with Magpul Inc., has developed a new safety selector for AR-15-pattern rifles. The STS (Short Throw Selector) was designed to require less force to put on safe, while still maintaining the positive feel of switching it off. Designed with thumbs in mind, the STS should hopefully spare people undo knuckle wear.

It does this by clicking off at the 60 degree point, which requires less leverage to return to safe than the 90-degree point and makes it easier to hit with your thumb, and through the use of polymer, like all good Magpul hardware.

Although the levers themselves are polymer, the safety cam is stainless steel with a nitride finish. The levers will be available in both long and short lengths, and the safties in right-hand and ambidextrous configurations. The levers are the same as the ones used for Magpul’s SCAR safety selector. 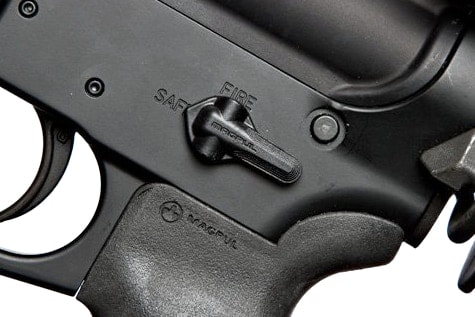 Military Times’ Gear Scout asked John Noveske why they went with a 60-degree throw. “He replied they had worked on multiple variations, and found that with a less than a 60 degree throw, in extreme conditions, the weapon could still be fired while on safe if enough pressure was exerted on the trigger.”

They should also be available soon, no specific timeline given other than “a few weeks.” They are currently shipping them to manufacturers, but when they do become available, they’ll run $40 for all versions. 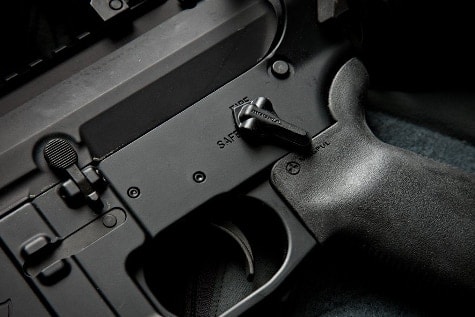 This is obviously good news for people who do a lot of training and put significant wear on their knuckles in the process, but it’s probably even better news for all the people out there who are champing at the bit to install another Magpul part on their rifle. Hopefully it comes with a sticker, we can’t get enough of those. However we will always be here to remind Magpul that every time they launch a new product, even in this case, where it’s a Noveske-initiated product, that it’s another product launch that isn’t a 40-round PMAG.

We sat down with Magpul earlier this year and asked them about their highly-anticipated 40-round PMAGs. The truth is that they’re working on them — they are. They need to have enough quantity on hand to satisfy the market, is what’s holding things up. They don’t want to anger their customers by launching what will predictably be an extremely-demanded product and not have enough to go around.

So who’s going to run out and pick up a Noveske-Magpul STS ASAP?