Baucom served in the US Army for 13 years, flying in Afghanistan and competing in some of the shooting world’s most important events. Tragically, he was in a helicopter crash that left him paralyzed from the waist down. Still, the US military doesn’t teach our servicemen and servicewomen to throw in the towel when the going gets tough. Baucom has been continuing to live life to the fullest by outshooting some of the world’s best marksmen. 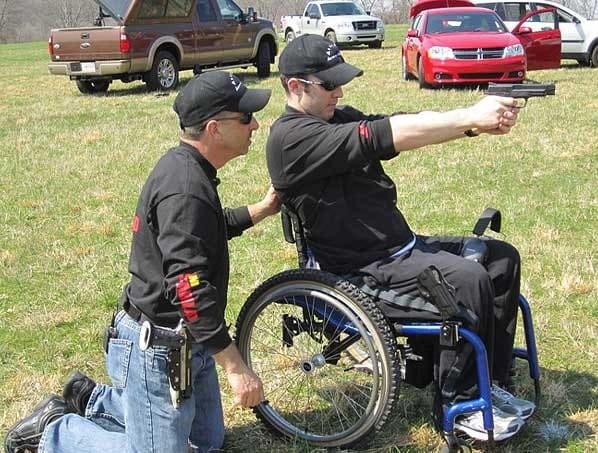 The episode will include aspects of his military history, such as his return to the air as part of a special honor flight made possible by his fellow soldiers stationed in Fort Campbell, KY. It will also cover his love of shooting, detailing his first competition in the NRA’s Bianchi Cup.

You can catch the episode a little later today at 3pm, 8pm, and midnight EST on the Outdoor Channel. So, be sure to set your DVR – this is an episode you won’t want to miss.

For updates, stay tuned to Guns.com. For more information on the Outdoor Channel, visit their website. For all breaking gun news, keep browsing Gun.com’s news feeds.