According to the Examiner, a Mexican attorney is preparing to bring a civil lawsuit against the Bureau of Alcohol, Tobacco, Firearms and Explosives over the Fast and Furious scandal. After all, the whole controversy may have initially been sparked when a US border patrol agent was shot, but that doesn’t mean that Mexicans haven’t suffered from Fast and Furious, too.

The Mexican magazine Proceso reports that Diana Eugenia González Saldaña is working with a Texas legal firm to take action against the ATF to seek damages caused by Fast and Furious. Saldaña plans to amass 50 plaintiffs to create a rock-solid argument for a case that’s pretty darn solid to begin with, because “this failure has already been publicly acknowledged by the government.” 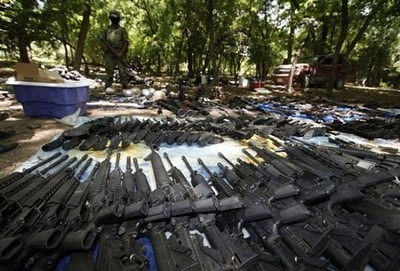 We’ve gotta hand it to Saldaña: this gal’s got some cojones. Not only is she bringing her case up in a foreign court, but she’s also risking attracting the ire of Mexican drug cartels. She stated, “I’m risking my life, my things, my family, everything, but it’s something that someone has to do,” and added, “because nobody [else] has had the pants to do so.”

But who knows? Maybe this lawsuit will drag answers out of the tight-lipped Department of Justice in a way that no other politician has managed to pull off. That’d be a great message to the world, wouldn’t it? Where Congress fails to achieve justice, a lone Mexican attorney prevails.