If you haven’t heard about Slickguns then you’re missing out. Slickguns aggregates firearm related deals from around the web and lists them in an easy to read format. The system sort of works on good faith, but all the deals are user generated, so they’re posted, voted on, commented on and ultimately taken advantage of by the users — like you.

Guns.com browsed the site for, what we thought, were some pretty sweet deals.

2020 Update – Slickguns has closed, and is no longer available. 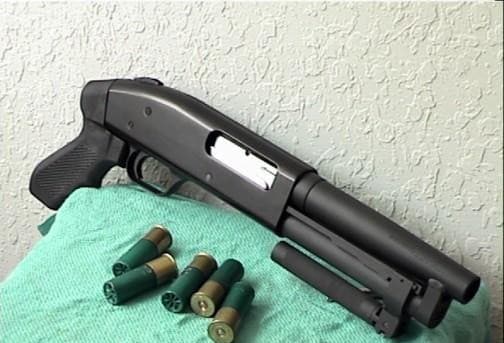 If you haven’t heard about Serbu, perhaps you’ll recognize the companies most famous concoction: The Serbu Super Shorty. If you couldn’t tell by the picture, it’s a short barreled pump action shotgun.

The design itself is based on a Mossberg Cruiser 12 gauge shotgun, which is equipped with a pistol grip. The Serbu redesigned it was by adding a short 6.5-inch barrel and a spring loaded fore grip. As you can imagine with a reduced overall length it has a limited capacity, meaning it holds only two shells, but ideally it would be used for concealed carry of some kind, for door breaching by some type of law enforcement agency, or recreational shooting.

The deal for this little number s $699.99 plus $5 for an AOW stamp. The Super Shorty is considered an Any Other Weapon, and the stamp can be transferred for five bucks. Not too bad. (Note: Not available for Californians) 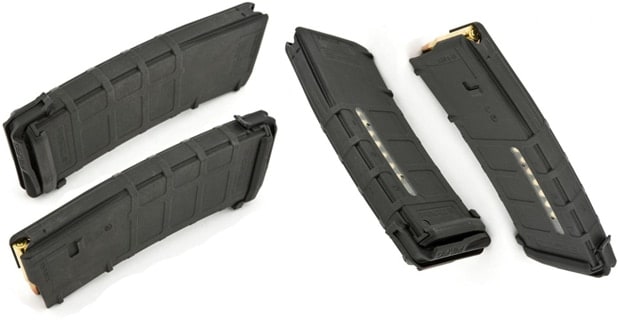 Magpul PMAGs are, well, you can’t beat them or this deal when it comes to magazines. They hold 30 rounds of 5.56 or .223-caliber and are compatible with M16, M4 or AR platforms. They’re made of a durable polymer and the internals, like the spring, are rust resistant stainless steel. The shape and design of these magazines makes it relatively painless to maintain and use. The rear of the mag actually opens by the flip of a cap for quick and easy disassembly in turn maintenance. The shape of the magazine, such as flared floor plate and ribbed body, make it convenient for users to pull from a pouch.

Although there was a little controversy over these magazines because a handful of higher ups in the military that don’t seem to like them, just about everybody else does.

Through Slickguns Botach Tactical is offering this deal for Magpul PMAGs for $11.98 a piece, which is a savings of $3, with free shipping. On Slickguns they have a 20 percent discount code, so check it out. 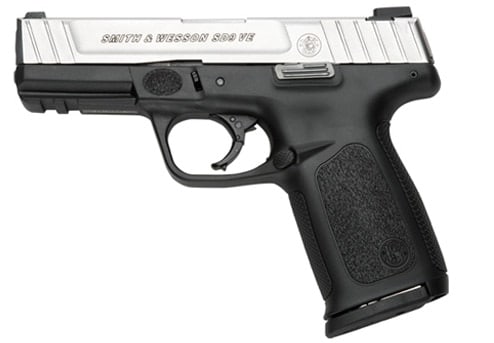 This is a new pistol by Smith & Wesson, who’s had a slew of new products this year. It was actually just a few weeks ago that Smith & Wesson sent Guns.com word that it was replacing the S&W SD9 with the SD9 VE. And almost overnight here we are.

The SD9 VE is a striker fired pistol and a good size for concealed carry, but would probably turn into a plinking or range gun. It has elements of the Smith & Wesson M&P pistols, but just a bit pared down. It has a 4-inch barrel and weighs 22 ounces. It’s has basic controls like a manual thumb safety, textured grips on the polymer frame, two-dot sights, holds 10+1 rounds and a Picatinny rail under the barrel.

The SD9 VE is considered an economical pistol by the manufacturer, meaning it’s already affordable, but what significant about it is it’s brand new and available. This sweet deal is for $320. 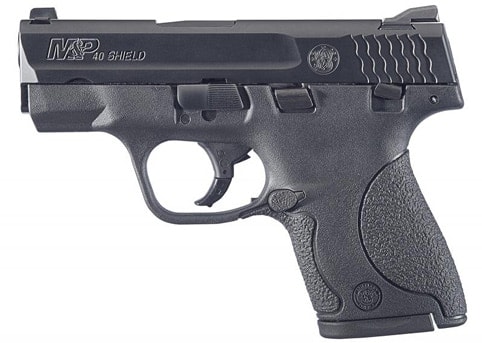 Speaking of new Smith & Wesson handguns, the M&P Shield is their latest and greatest concoction. It’s the companies most concealable M&P pistol. With an overall length of 6.1 inches and 0.95 inches thick, the Shield is small, but it doesn’t shoot like a small gun. The Shield has enough heft to tame recoil, but light enough that the carrier can easily hide it. It’s a great size for smaller shooters.

The Shield comes from the same vein as the M&P pistols, though a higher end than the SD VE. It features right handed controls only, a very manual thumb safety — that would actually be very difficult to engage accidentally — and two dot sights.

Though this ranks high in the silly department, it’s a solid 10 in the cool department — Tacticoool that is (notice the extra “o”). The Mossberg 464 SPX, or the Tactical Cowboy gun, is a lever action rifle chambered in the classic .30-30. This monstrosity is also new. It was released this year at SHOT Show, but I haven’t heard of too many sightings of it in the wild.

This ain’t your granddaddy’s rifle. Mossberg has taken a classic design, an action typically thought of as a quick shooter, and updated it with fad features of today such as a adjustable synthetic stock, fiber optic three dot sights, tri-rail fore-end, a short 16.25-inch barrel and a flash suppressor.

Well, that about does it. We hope you enjoyed the list, pointed you in the right direction or, at the very least, gave you an idea of what your next purchase will be.