Leupold, manufacturer of sporting and military optics, is announcing that they’re knocking $1,500 off the sticker price for one of their flagship riflescopes, their Mark 8 1.1-8×24mm CQBSS (Close Quarters Battle Sniper Scope). It will now have an MSRP of $3,000, a 30 percent price reduction. Hopefully you will be able to find them for a little less. 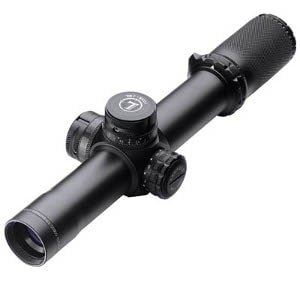 Scopes with a magnification range like 1-8× power have been something of a holy grail for scope manufacturers, and have always been hard to produce. And that has also generally come with the caveat that light transmission won’t be the greatest. But people have accepted it because of the incredible versatility of a scope that is capable of little or no magnification as well as, in the right hands, can put bullets on-target well past 500 yards.

When Leupold announced that they were launching a  1.1-8× in 2010, people got excited, rightfully so. But as soon as anyone got wind of the price, $4,500, the excitement died down quickly. While $3,000 is no small amount of money, when you’re talking about good glass, especially in an area where good optics with the same features are rare, the new price tag should make a lot of people happy (unless, of course, if you just bought one for four large and change).

According to the press release, after a few years of manufacturing the CQBSS, they’ve streamlined the process. “We’ve worked with the production and assembly teams to increase efficiencies allowing us to reduce the cost of the CQBSS,” said Kevin Trepa, Leupold’s vice president of global sales. “While this optic was designed for the American warfighter in theater, it’s an outstanding choice for competition and home defense rifles as well.”

In addition to its really sweet magnification range, the CQBSS comes with two reticle options and has a 5-MOA red dot setting for fast acquisition. The scope has variable illumination and is compatible with night vision, and has off positions between every illumination setting, so you don’t have to hunt for your preferred brightness. As always, it’s built like a Leupold scope with coated lenses and a hardened tube finish.

The CQBSS uses audible and tactile auto-locking “pinch and turn” turrets that are adjustable in 0.1 mil clicks. The optics are purged with a combination of argon and krypton and are waterproof and shockproof. The CQBSS comes with flip-up lens covers.

Obviously this has serious military and law enforcement potential, it even has sniper in the name, but we fully expect these to gain ground with competition shooters and everyone else, given its versatility. The CQBSS measures 11.75 inches long and weighs just 23.2 ounces, so it’s got that going for it, too.

If you really like this scope but just can’t bear even the new price, you may also want to check out the Leupold Mark 6 1-6×20mm M6C1 scope. It still retails for about $2,500, sometimes “only” $2,000, and has much less busy reticle options, and is slightly more lightweight and compact.