Hornady’s “Pandemic 2012” shooting competition will feature the largest prize table in Nebraska shooting sports history with an estimated $160,000 in prizes. Neil Davies, the Marketing Director for Hornady Manufacturing, reports, “Zombies in the Heartland / Pandemic 2012 has been extremely well received by our friends in the industry who have generously donated over $160,000 in prizes.”

The three-gun shooting competition will run between June 29 and July 1 (that’s the height of zombie season, didn’t you know?) in Grand Island, Nebraska. The games will feature a variety of zombie-themed events. You should be able to catch the action on the Sportsman Channel and the Outdoor Channel, which will both be covering the event. 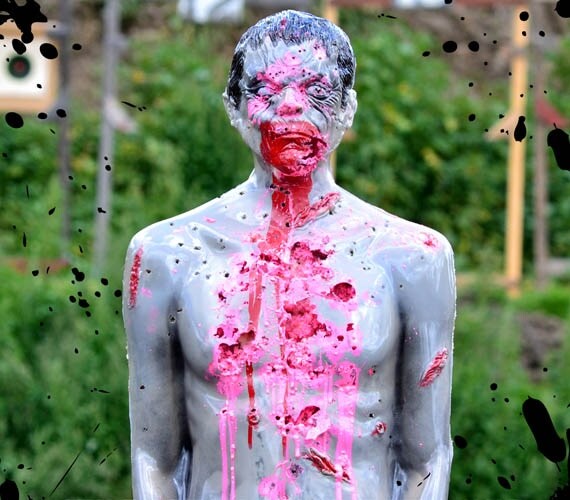 The event is hosted by Hornady and the Nebraska Army National Guard. Additionally, there’s a list of sponsors as long as a double-barreled shotgun; just a few from the list include Magpul, Ruger, Shockwave Targets, Glock, and Smith & Wesson.

If you’re in Nebraska, you may want to drop by and try your luck. With $160,000 in prizes, Hornady expects that every single participant will be able to leave the competition with a prize in hand. A few goodies you could scavenge in the post-apocalyptic wasteland include, “pistols, rifles, shotguns, scopes, AR uppers, gun parts, and gear of all kinds.”

You know, we think that Olympics could really stand to take a page out of Hornady’s book by including zombie themes in their events. Wouldn’t the 100 meter dash be so much more exciting if the runners were fleeing from shambling undead?