Uncle Sam is broke and deeply in debt.  To help solve this problem, our elected officials appointed a 12-member, bipartisan supercommittee as part of the Budget Control Act (BCA). Its job was to find agreeable ways to rein in spending by Nov. 23, 2011.

Well, the supercommittee failed to do its job.  As a result, the sequestration provision of the BCA is now scheduled to kick in.

What this means is across-the-board, indiscriminate spending cuts to defense and non-defense programs will take effect in January 2013.  These cuts will amount to $1.2 trillion over the next ten years, of which $500 billion of will be taken from the military.

Lawmakers are still scrambling to a find a solution to avoid sequestration, but given Washington’s hyper-partisanship, it’s difficult to imagine a deal getting done.

What does sequestration mean for our military?

Sen. Kelly Ayotte (R-NH) told the Daily Caller that sequestration is “one of the great threats to our national security that you haven’t heard of.”

“It would be like shooting ourselves in the head, is what the secretary of defense has said,” Sen. Ayotte added.

But would $500 billion in defense cuts over the next ten years really be like ‘shooting ourselves in the head”?

Looking at the numbers tells an interesting story.  For starters, our top five government contractors are defense/military orientated.

According to a CNBC.com, which analyzed data from USASpending.gov, a website created by the U.S. Office of Budget Management in 2006 to make federal awards available to the public, the government gave out $536.8 billion in contracts in FY2011. 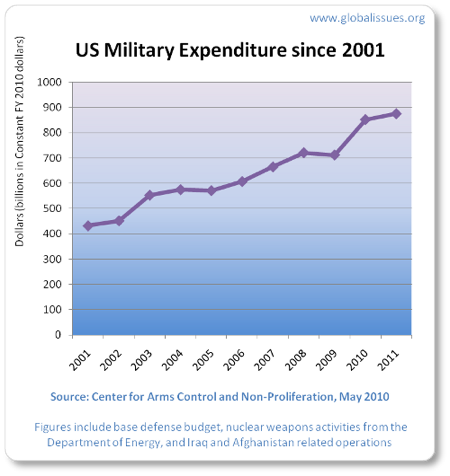 It appears that most of these companies are on pace to make a little less from the government in 2012 than what they did in 2011.  If sequestration kicked in, which would amount to a 10 percent pay cut in government contracts, would these companies still survive?

My guess is they would.  Especially when one considers this factoid, included in the CNBC.com analysis:

According to Department of Defense documents, since 2001 contracts for services have increased 137 percent, compared to a 1 percent increase for payrolls of active duty military personnel over the same time period (in 2011 dollars), and is labeled as “increasingly unaffordable.” 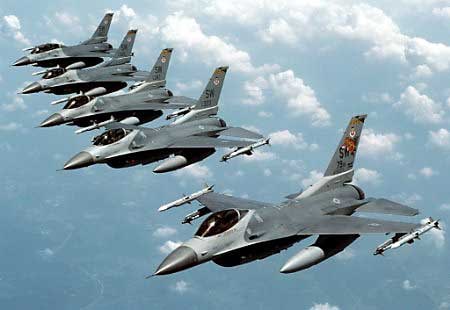 Of course, this bit of information also underscores a very real problem with the military.  That is, it subsidizes private corporations and defense contractors at the expense of the troops.  Instead of paying fair wages and ensuring vets get they care they so desperately need, the government doles out beefy defense contracts to highly profitable corporations.

It’s entirely possible that if sequestration kicks in, it won’t be military contractors who suffer — it will be our troops.

On this note, I’m reminded of my conversation with Navy SEAL Chris Kyle.  When I asked him about the quality of care and support veterans are receiving once they return home from duty, he said this:

Vets do not get the care they need. I am currently fighting the VA. They always try to downplay everything so they don’t have to pay a dime. One of my buddies was blown up, broke his back, and burned, but the VA is saying he is not entitled to any disability. I am drawing attention to this, and trying to make sure vets are receiving the care they deserve.

If its this difficult now for our troops to get the care they need or the wages they deserve, imagine how hard it will be in 2013, post-sequestration.